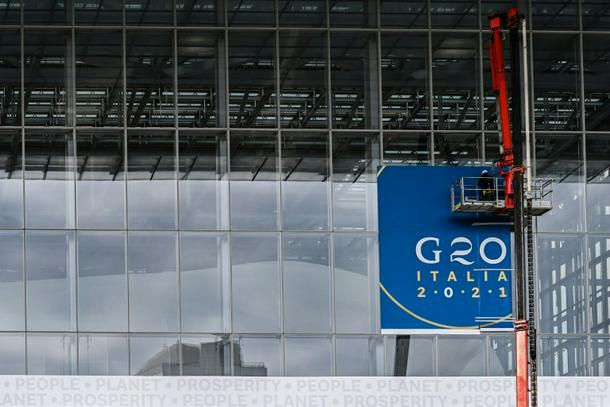 Early in the pandemic, G20 nations agreed to the Debt Service Suspension Initiative (DSSI), which offered 73 low- and middle-income countries the ability to halt debt payments during the pandemic.

That will expire at the end of the year, and the IMF chief encouraged countries to offer relief under the “Common Framework” aimed at DSSI-eligible countries that continue to struggle with their debt loads.

“We must speed up the implementation of the G20’s Common Framework for debt resolution,” Georgieva wrote in the Washington-based crisis lender’s blog released ahead of a gathering of the group’s leaders in Rome beginning Saturday.

“The keys are to provide more clarity on how to use the framework and offer incentives to debtors to seek framework treatment as soon as there are clear signs of deepening debt distress,” she wrote.

While the DSSI offers repayment over a fixed timeframe following a grace period, the Common Framework is more flexible, with repayment periods based on countries’ individual circumstances and provisions to require participation from private and other lenders.

More than 40 countries have received DSSI relief totaling $5 billion since it took effect in May 2020, according to the World Bank.

The pandemic aid program was originally scheduled to conclude at the end of last year but was extended through the end of 2021.

A senior US Treasury official said more countries are likely to need additional debt relief and has urged acceleration of the rollout, but that the process has been slowed by China.

Washington also would be open to expanding the debt relief to a broader array of countries beyond the very poorest, the official told reporters.

“In this precarious situation, vulnerable nations must not be asked to choose between paying creditors and providing health care and pandemic lifelines,” Georgieva said.

World Bank President David Malpass earlier this month called for a comprehensive plan to deal with debt loads in low-income countries, which surged 12 percent to a record $860 billion in 2020 amid the pandemic downturn.

He said the DSSI “wasn’t broad enough,” adding, “I think there should be consideration by the world of what to do after January 1. And a suspension is something that could be considered.”