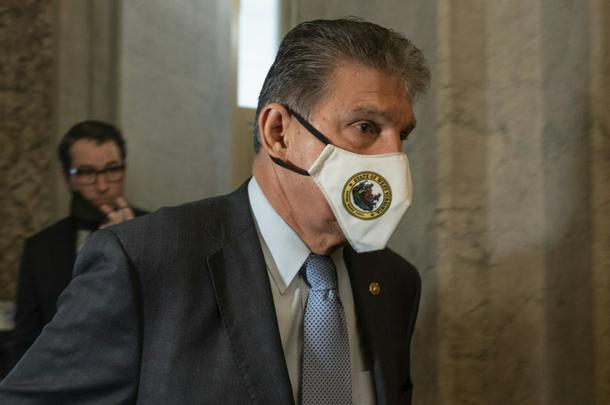 Washington (AFP) - A Democratic senator whose vote will be crucial to passing US President Joe Biden’s social services plan indicated on Wednesday he had little enthusiasm for a proposed tax on the very richest Americans that his party is pushing to pay for the measure.

The Billionaires Income Tax unveiled earlier in the day by Senator Ron Wyden, who leads the chamber’s finance committee, would apply to about 700 people with either $1 billion in assets or $100 million in annual income for three back-to-back years, and raise “hundreds of billions of dollars.”

But Joe Manchin, a centrist senator who has objected to various earlier provisions and attempts to pay for Biden’s plan – which costs about $2 trillion and enacts policies like universal pre-kindergarten and childcare subsidies – did not welcome the idea.

“I don’t like it. I don’t like the connotation that we’re targeting different people,” Manchin told reporters.

“There’s people that, basically, they’ve contributed to society, they create a lot of jobs and invest a lot of money and give a lot to philanthropic pursuits. But it’s time that we all pull together and grow together.”

Billionaires have been under intensifying political fire in the United States as their wealth swelled amid the suffering of the Covid-19 pandemic, and Wyden’s proposal would have made them a specific target of Washington’s taxation powers.

“Working Americans like nurses and firefighters pay taxes with every paycheck, while billionaires defer paying taxes for decades, if not indefinitely,” Wyden said in a statement announcing the tax idea.

“The wealthiest few who avoid taxes by indefinitely holding assets are also able to borrow against those assets to fund their lifestyles. This means they opt out of paying taxes and instead pay only low interest rates on loans from Wall Street banks.”

If enacted, billionaires’ assets such as stocks would be evaluated each year and taxes levied if they increased in value. If they decreased, taxpayers would take it as a write-off for potentially up to three years, according to the proposal.

This would be a change from current US law, where taxes on a stock’s value are typically only paid if it is sold.

Another new tax would be levied on sales of nontradable assets like real estate or business interests and account for interest on unpaid taxes during the years the person held it.

To address concerns that the tax could force wealthy people to sell off controlling stakes in companies, the proposal allows for an individual to designate up to $1 billion of stock in a single business as a “nontradable asset.”