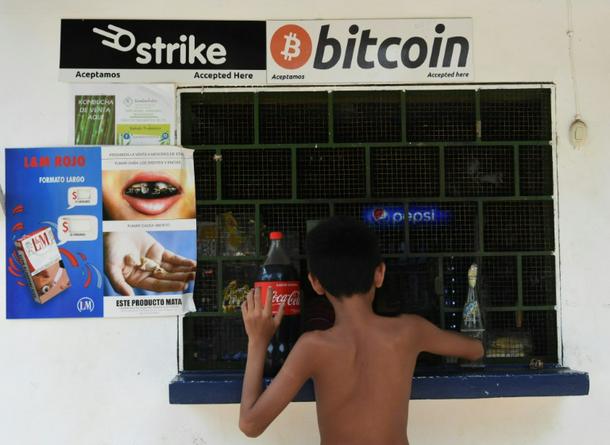 El Zonte (El Salvador) (AFP) - The beach town of El Zonte on El Salvador’s Pacific coast is a laid back surfer’s haven with white beaches, palm trees, and a small population of 3,000 people.

The low-income community has no banks and only one cash machine, but a trailblazing local economy based in large part on bitcoin.

Signs line the roadside urging people to “Pay here” with the cryptocurrency for anything from utilities bills to a can of soda.

The town boasts a bitcoin teller machine, the country’s only one, where people deposit cash US dollars – El Salvador’s official currency – into a personal bitcoin “wallet”.

They then use a smartphone app to pay bills, buy groceries or have their hair cut with bitcoin, making a direct online transfer to the vendor.

“At first, we knew nothing about this,” Celina Fuentes, who works at a small eatery and shop in El Zonte, told AFP.

But introducing bitcoin “has turned out super well. We profited when the currency rose in value… Now that the value is a little lower the currency is still used as we have found the experience to be good.”

El Zonte set a trend that culminated Tuesday in El Salvador’s parliament approving a bill to allow bitcoin to be used to pay for goods and services.

It became the first country to approve the famously volatile digital currency as legal tender, but the move sparked concern from the International Monetary Fund. 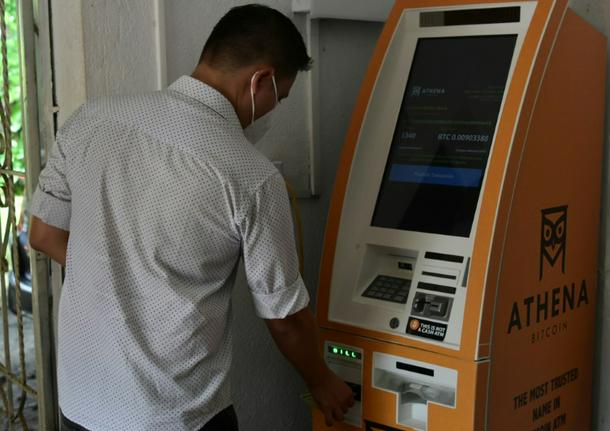 El Zonte boasts a bitcoin teller machine, the country's only one, where people deposit cash US dollars -- El Salvador's official currency -- into a personal bitcoin 'wallet'

But in El Zonte, bitcoin has been a liferaft for many.

Two years ago, an anonymous Bitcoin donor started a project dubbed “Bitcoin Beach” to “bank the unbanked” of El Zonte and “return power back from governments and financial institutions to the individual” in the remittance-dependent economy of El Salvador.

The town has only one cash machine – in a hotel complex with access reserved for guests. Few El Zonte residents have bank accounts or cards.

Bitcoin Beach started by introducing cryptocurrency to the economy and getting local businesses to accept it as payment.

Thousands of millions of satoshi, the smallest unit of bitcoin, have been issued through paid youth work programs, educational stipends, transfers to the elderly and poor, and community construction projects, according to the Bitcoin Beach website.

Locals were assisted to create cyber wallets, and shown how they can receive funds in bitcoin from relatives in the United States rather than using expensive and cumbersome cash transfer services.

Hundreds of businesses and individuals in El Zonte now use bitcoin.

For Hamer Valenzuela, a bricklayer who collects his salary in the cryptocurrency, it had been “easy to adapt.”

“I personally am no longer interested in the dollar, I do not walk around with money in my wallet,” he told AFP as he sipped from a can of soda for which he paid in bitcoin at the Mama Rosa store where Fuentes works.

The currency has found particular appeal among younger people and foreigners running small businesses in the town.

Bitcoin’s popularity grew under the coronavirus epidemic, with people under lockdown able to receive money, and spend it, without having to travel outside of El Zone to draw cash. 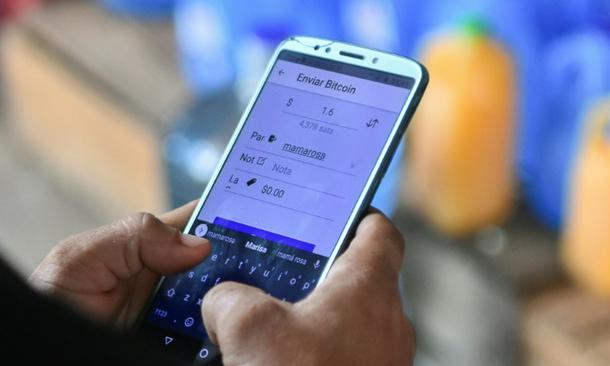 People use a smartphone app to pay bills, buy groceries or have their hair cut with bitcoin, making a direct online transfer to the vendor

Since El Salvador’s president Nayib Bukele announced last week that he intended to make bitcoin legal tender, people have been flocking to El Zonte to learn how it works or to invest in bitcoin themselves.

From between two and five visitors a day, the town’s sole bitcoin converter is now receiving more than 25, said machine attendant Jessica Veliz.

Informal trader Jose Rafael Morales travelled more than 100 kilometers (62 miles) to El Zonte to get in on the game.

“I have been researching practically since the president announced the news of bitcoin,” he told AFP.

“I made the decision to buy bitcoin, what I have saved I have invested in bitcoin.”

On Thursday, one bitcoin was worth about $37,000 – almost half its all-time high value reached in April.

The longer-term goals of Bitcoin Beach include creating well-paying jobs from bitcoin tourism, attracting investment, and making the El Salvador coastal region “a hub for bitcoin-related tech companies,” according to the project website.

“Our goal is for young Salvadorans to see a future that doesn’t involve having to make the journey to the US,” it said.