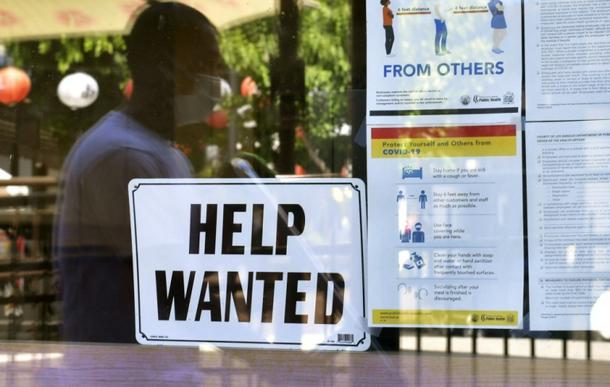 Washington (AFP) - The United States added just 210,000 jobs last month, the government reported Friday, less than half the increase analysts were expecting in the latest headwind for President Joe Biden.

The White House has been banking on a solid economic recovery to bolster support for Biden and his massive Build Back Better spending bill that is inching its way through Congress.

But the new data presented a complicated picture of the labor market as American businesses try recover from the Covid-19 pandemic but struggle to find workers.

The administration got good news in the big drop in the unemployment rate to 4.2 percent, a decline of four-tenths of a point from the prior month, according to the Labor Department.

And despite the lackluster hiring, the country has gained an average of 555,000 jobs a month this year. 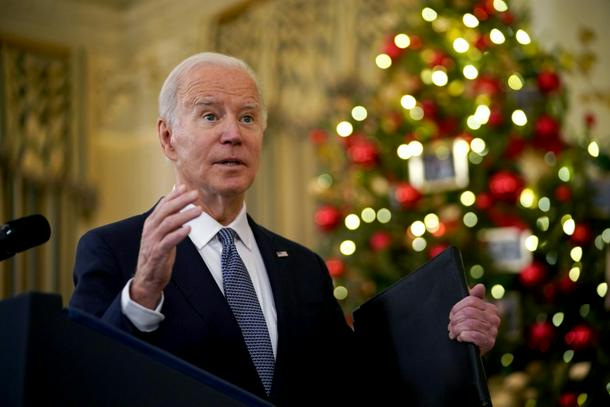 But major sectors such as retail and leisure and hospitality saw underwhelming hiring, while businesses are bracing for the spread of the Omicron variant of Covid-19, which could hamper the recovery just as the Delta wave did over the summer.

“We’re looking at the sharpest one-year decline in unemployment ever. Simply put, America is back to work,” Biden said in a speech at the White House, where he called the report “very strong.”

But his political opposition blamed him for the undershoot, with the Republican National Committee tweeting that “Biden’s disastrous November jobs report is the worst of his time in office.”

Another threat to the Democratic president’s agenda is inflation, which has surged across the world’s largest economy this year and pushed him to launch a series of measures aimed at cutting prices.

However, the Federal Reserve – which is independent from the White House – is the institution best equipped to fight inflation, and economists believe the lackluster jobs data will not dissuade the central bank from moving more quickly end its stimulus measures, which then would allow it to hike interest rates from zero earlier than expected.

“While this report is disappointing, it does not change our view that faster tapering will be announced in December, unless the scientific news on the Omicron variant over the next couple weeks is disastrous,” said Ian Shepherdson of Pantheon Macroeconomics.

The economy remains short nearly four million jobs compared to where it was before the pandemic, but the data nonetheless contained signs of improvement.

The number of unemployed people dropped 542,000 to 6.9 million, the report said, though that remains higher than the pre-pandemic level of 5.7 million.

The number of people on temporary layoff, which hit 18 million in April 2020 when the pandemic disruptions were at their worst, dropped to 801,000, about where it was before Covid-19 struck the economy.

And hiring last month may have been more robust than it appears in the headline figures. The Labor Department’s household survey showed 1.1 million additional people reported being employed compared to October.

However, even though the unemployment rate for most racial groups declined in November, wide disparities remain.

Unemployment for Hispanics was at 5.2 percent and for Black Americans 6.7 percent, while for the white population, it was at 3.7 percent.

There was a slight improvement in the share of people employed or looking for a job, which has been stagnant in recent months as many Americans opted to stay out of the labor force.

The participation rate rose slightly to 61.8 percent, its highest level since the pandemic, but 1.5 percentage points below where it was before Covid-19 hit the economy.

“This is not (quite) a statistically significant increase; further gains are needed to establish a real change from the net flat trend since summer 2020,” Shepherdson said.

Retailers this year are looking to make up for sales lost in the 2020 holiday season, when coronavirus infections were rife, but employment in that sector declined by 20,000 last month.

Jack Kleinhenz, chief economist for National Retail Federation, said the data “does not necessarily show the gains we’ve had in the last few months.”

Like other economists, he cited issues with making seasonal adjustments to the data after last year’s pandemic disruptions.

Professional and business services added the most of any industry, at 90,000 jobs, while manufacturing and construction each added 31,000.

Average hourly earnings ticked up again to gain 4.8 percent over the past 12 months, although that was not quite keeping pace with consumer price inflation, which hit 6.2 percent annually in October.