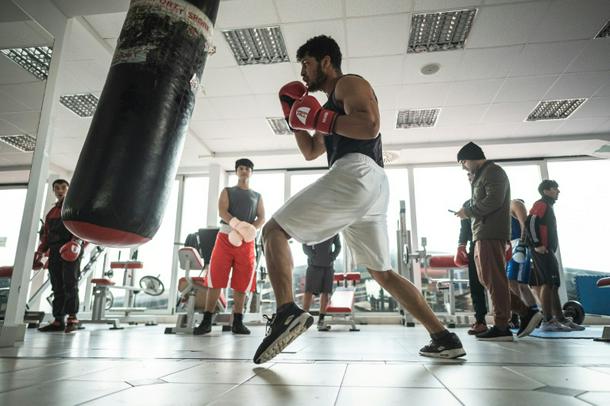 Toughest bout: Afghan boxers train in a gym on the outskirts of Belgrade

Belgrade (AFP) - Boxing is risky at the best of times, but Hasib Malikzada now faces one of his most unpredictable opponents yet – the uncertainties of life as an Afghan refugee far from home.

Just 19 years old, the lightweight amateur champ of Afghanistan is stuck in Serbia following his team’s decision to not return home after competing at the International Boxing Association (AIBA)’s world championships in Belgrade last month.

In the weeks since the tournament, Malikzada and the members of the Afghan national boxing team have been bouncing between hotels, while finding the occasional gym for training.

Even amid the relentless bustle, their new life in Serbia is an island of stability compared to the chaos back home.

“After the Taliban came… we couldn’t continue boxing,” Malikzada tells AFP, saying his gym in Kabul closed shortly after the jihadist insurgents overthrew the US-backed government in August.

Life after Kabul’s fall to the Taliban has been mired with worries ever since, says Malikzada, who fears his family will be targeted for their links with the past government.

His brothers, he admits, had also joined the fledgling resistance in the Panjshir Valley north of Kabul – where former government soldiers and militia fighters briefly made a last stand against the Taliban.

“If the Taliban find us… they will kill us,” says Malikzada.

Hundreds of thousands of Afghans are believed to have fled the country in recent months, hoping to escape persecution and a collapsing economy in the face of international sanctions and a banking crisis that has mired much of the population in deepening poverty. 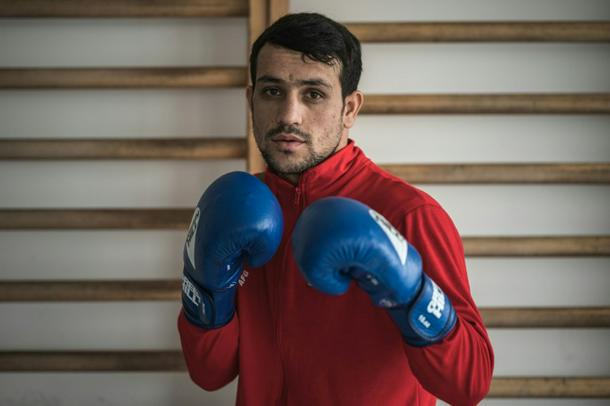 Fighting pose: An Afghan boxer named Suliman poses for a picture during a training

Like most of the Afghan national boxing team – 11 of whom are now in Serbia along with two officials – Malikzada’s life has been overshadowed by the conflict that followed the US invasion of Afghanistan in 2001.

Boxing offered a rare refuge during the dark days of the war – when waves of suicide bombers ravaged Kabul and rampant crime and the threat of being kidnapped kept the population on edge.

The boxing gym provided an environment where violence could be managed – with rounds, weight classes, and rules.

“Boxing refreshed our minds, our bodies and also our health,” explains Tawfiqullah Sulaimani, a 20-year-old heavyweight on the national squad.

After the Taliban took power, Sulaimani and other boxers kept training in secret, hiding gear in bags as they moved in between discrete locations to practice.

To reach Belgrade, the team kept a low profile as they passed through checkpoints en route to the Iranian border and later secured last-minute Serbian visas in Tehran.

Running on little sleep after days of travel, the team arrived in Serbia in time to cut weight and compete, achieving “good” results despite the stressful sojourn.

“We didn’t sleep, but we did a good performance every day,” says Waheedullah Hameedi, the secretary general of the Afghan Boxing Federation.

Much of the responsibility for the team’s future now falls on Hameedi’s shoulders.

Glued to his phone in between practice sessions, the 24-year-old fires off messages to a range of contacts across the globe, with the hope that someone can find a way to help his athletes.

Hameedi is all too familiar with the Taliban’s brutality.

In 2019, the insurgents assassinated his father – who was also a boxing official – for recruiting women to box, according to Hameedi.

“I have received too many warnings,” Hameedi tells AFP, saying he was advised by family and friends not to return to Afghanistan.

During their iron-fisted rule of Afghanistan in the 1990s, the Taliban declared boxing to be “against human dignity” and banned the sport along with most other forms of entertainment.

The Taliban have yet to make a formal ruling on boxing’s future but have sought to promote a number of sports since taking power, especially the country’s national cricket team.

Even still, scores of Afghan athletes have fled abroad – including female footballers and basketball players – following the Taliban takeover, stirring resentment from the country’s new rulers.

“I expect the heads of all federations who are still abroad as a result of propaganda and rumours that they return to their country and live together with us,” said Nazar Mohammad Motmaeen, the Taliban-appointed director for physical education and sports during a speech in Kabul last month.

“The honour of every athlete is in his own country,” he added.

But for the boxers mired in limbo in Serbia, life outside of Afghanistan is far from ideal.

“This is a painful story,” says Hameedi. “Nobody wants to leave their motherland.”