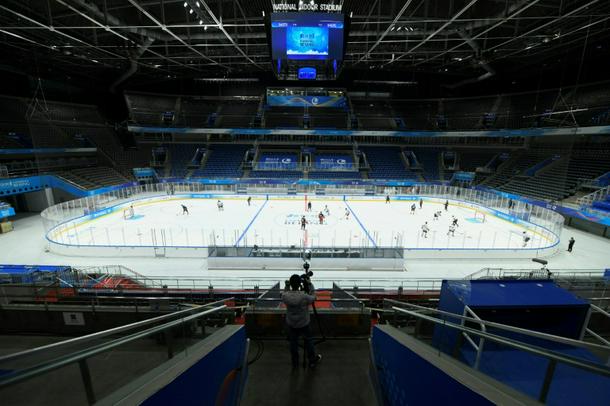 Beijing (AFP) - Spectators attending a major venue for the Beijing Olympics must be vaccinated but fans could be barred from the arena entirely if the coronavirus worsens in China, state media says.

Unlike the pandemic-delayed Tokyo Olympics, which took place last summer in mostly empty stadiums, organisers of February’s Winter Games have vowed to allow spectators, although only people living in China.

There has been no official announcement about how full venues will be so the rules at the 18,000-capacity National Indoor Stadium – which will host ice hockey – hint at what could lie ahead for the Games.

Spectators at the arena will have to be vaccinated and show a negative Covid test, the Global Times said, quoting a venue manager.

Some 6,000 seats have been earmarked for the public but some or even all could be closed off, depending on “the epidemic situation in Beijing and nationwide at the time of the event”, arena operations official Lei Ming told the state tabloid.

China – where the coronavirus was first detected in late 2019 – has maintained strict disease controls even as the rest of the world tries to find ways to live with the virus.

With the Games just over 60 days away, the world’s most populous nation shows no sign of easing off on its zero-Covid approach, requiring athletes to enter a “closed loop” for the duration of the Olympics and undergo daily testing.

Service personnel will enter the bubble “days before” the start of the Games and will not be allowed to leave until after the Winter Paralympics in March, Lei said.

No contact will be permitted between people inside and outside the closed loop.