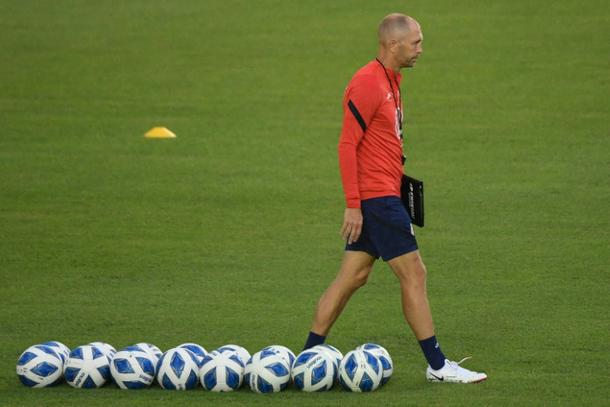 The camp, featuring domestic-based talent now in the Major League Soccer off-season, and match in Los Angeles will allow Berhalter to study newcomers ahead of next month’s resumption of qualifying for the 2022 Qatar World Cup.

The Americans rank second in North American regional (CONCACAF) qualifying with 15 points and a 4-1 with three drawn record after eight matches. Canada leads the eight-team fight for three automatic berths on 16 points with Mexico third on 14.

“It has been a great year for the group and our objective is to finish the year with a strong performance against Bosnia and Herzegovina,” said Berhalter.

“As we look towards 2022, this camp gives us the opportunity to see some new faces and allows our core domestic players to maintain their fitness levels.”

Top talent selected for the squad includes MLS Defender of the Year Walker Zimmerman of Nashville and MLS Goalkeeper of the Year Matt Turner of New England.

Also in the lineup is defender Jonathan Gomez, who is set to join Real Sociedad of La Liga next month. He has played for both US and Mexican youth teams but could seal himself into a US spot with an appearance against the Bosnian side.

The Americans, who have a win and a draw in the all-time rivalry against Bosnia and Herzegovina, return to World Cup qualifying with a January 27 home match against El Salvador, travel to Canada three days later and return home to play Honduras.