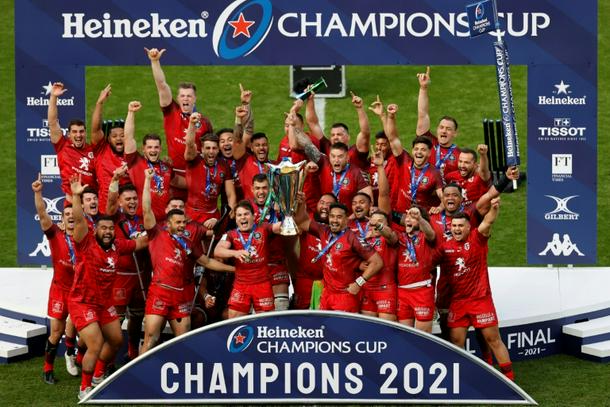 Paris (AFP) - European Champions Cup organisers said on Thursday teams will be allowed to add as many new players as they wish to their squads for this season’s competition to counter the fallout from Covid-19 travel restrictions.

Irish province Munster as well as Welsh regions Cardiff and the Scarlets are short of squad members for their opening matches of the tournament after being stranded in South Africa following travel rule changes by their governments.

Munster and Scarlets have returned to Ireland and Britain but the outfit from the Welsh capital are unable to fly home until Friday.

The squads face the issue as people returning to those countries from South Africa must isolate for 10 days due to the Omicron variant of Covid-19.

The opening round of games in the European Champions Cup starts on December 10.

Previous rules stated clubs could only register up to five additional players during the pool stages, after the November cut-off date.

“Following consultation with the leagues and unions, it has been decided to extend the first registration date from last month to allow all participating clubs to supplement their squads with an unlimited number of previously unregistered players,” European Professional Club Rugby (EPCR) said.

“All new players will have to be registered on or before Wednesday, 8 December at midday (UK and Irish time),” it added.

Fourteen of the Munster squad have remained in quarantine in Cape Town while the Scarlets left South Africa on Sunday.

The Italian side are scheduled to host Biarritz in the second-tier Challenge Cup on December 11.

“With no alternative weekends available in the 2021⁄22 season calendar, EPCR is in regular dialogue with the leagues and clubs to ensure that all possible measures are considered so that the matches take place as scheduled,” EPCR said.

“EPCR is mindful of how recent events have impacted on Cardiff Rugby, Munster Rugby, Scarlets and Zebre Parma in particular, and the tournament organiser would like to extend its best wishes to the players and staff who currently remain in South Africa, as well as to the players and staff who have been repatriated and are currently isolating,” it added.

Earlier, the Ospreys offered to loan players to the Scarlets as their local rivals have just 14 players fit to travel to the Bristol Bears on December 11.

“It will suit us giving people opportunities to play in a prestigious game,” he added.