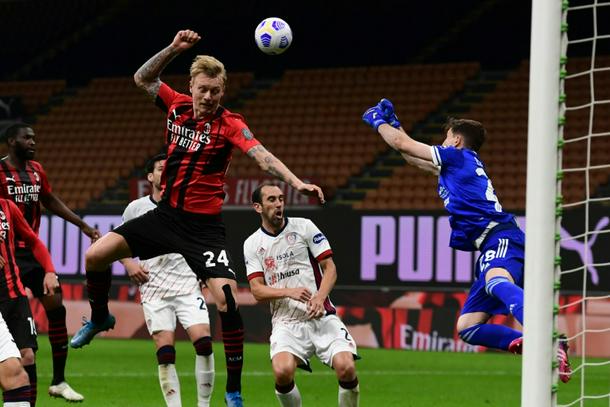 Milan (AFP) - Simon Kjaer has agreed to extend his AC Milan contract until 2024, the Serie A leaders said on Wednesday.

Denmark captain Kjaer has been at the seven-time European champions since January last year and has become a firm fan favourite in the red and black half of Milan.

“AC Milan are delighted to announce that Simon Thorup Kjær has extended his contract with the Club until 30 June 2024,” Milan wrote in a statement.

Kjaer has played 66 times for Milan and was named in the 30-man shortlist for this year’s Ballon d’Or.

The 32-year-old won widespread plaudits in the summer for how he handled the traumatic collapse of Christian Eriksen during Euro 2020.

Kjaer and the rest of the Danish side rallied around their teammate as he lay stricken during Denmark’s opening match with Finland.

At one point he had to try to calm Eriksen’s distraught partner Sabrina Kvist Jensen, who fearing the worst had come running onto the pitch.

Some Milan fans were so moved by Kjaer’s leadership that they called for him to be made club captain.

In the absence of their star player Denmark rode a wave of emotion to go all the way to the Euro semi-finals, where they were eliminated by England at Wembley.