Djokovic at the double as Serbia reach Davis Cup semi-finals 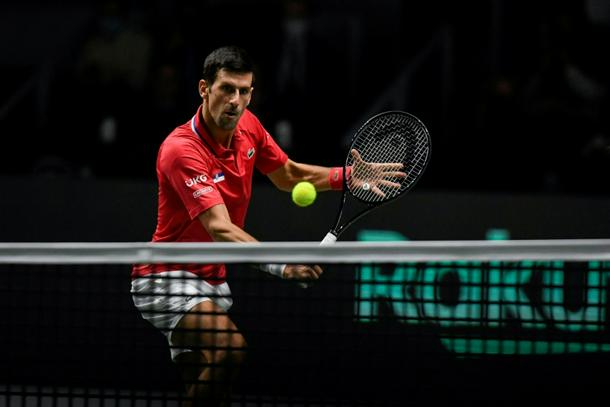 Madrid (AFP) - World number one Novak Djokovic did double duty to lead Serbia into the Davis Cup semi-finals for the fifth time on Wednesday with a come-from-behind win over Kazakhstan.

Serbia, the 2010 champions, will face neighbours Croatia for a place in the final.

Djokovic comfortably preserved his 10-year undefeated Davis Cup singles record when he eased past 36th-ranked Alexander Bublik 6-3, 6-4 in 77 minutes to level the quarter-final at 1-1.

The 34-year-old then teamed with Nikola Cacic to see off Andrey Golubev and Aleksandr Nedovyesov 6-2, 2-6, 6-3 in the decisive doubles.

His win over Bublik, secured with a break in either set, was his 18th in a row in singles.

Kecmanovic, preferred by Serbia captain Viktor Troicki over higher-ranked Dusan Lajovic and Filip Krajinovic, had been on course for victory after winning seven games in a row on his way to a 3-0 lead in the decider in the day’s opening clash.