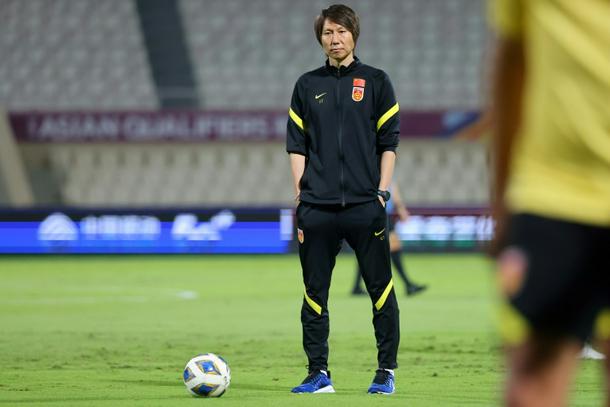 Beijing (AFP) - Li Tie was replaced as China’s coach on Friday after weeks of intense media pressure and speculation, with their hopes of reaching the 2022 World Cup all but over.

The former Everton midfielder, 44, quit and has been succeeded by Li Xiaopeng, who had been in charge at Super League side Wuhan FC, the Chinese FA said.

Li Xiaopeng had been widely tipped to take over and was hired “after extensive consultations”, the CFA said.

“In recent days Li Tie submitted his request to resign as head coach of the Chinese men’s national football team,” a statement said, adding the CFA had “decided to accept his request”.

Rumours had been swirling in Chinese media during the past week that Li Tie, who was appointed as head coach at the end of 2019 after the resignation of Marcello Lippi, was set to step down.

He had faced a backlash for heavily featuring commercial promotions on his social media account. There was fan fury too about performances on the pitch.

President Xi Jinping wants China to host and even win the World Cup one day.

But they are fifth of six teams in their qualifying group for next year’s World Cup, with only the top two guaranteed to qualify.

“Even hiring Jesus won’t save the national football team!” wrote one social media user on the Twitter-like Weibo platform on Friday, summing up the widespread and long-held despair of fans.

Li Tie was outspoken after what turned out to be his last match in charge, a 1-1 draw with Australia in November. The qualifier took place in the UAE because of China’s strict coronavirus entry rules.

Li’s defence of his side – who spent weeks in a virus-secure bubble – only enraged supporters and the media further.

“You guys did not go through that and don’t know how tough and cruel it is for the players and the staff members,” he told a post-match press conference, according to state media.

Li added that “I spend more time in football than any of you”.

China, who are 74th in the FIFA rankings, face Japan in their next qualifier, on January 27.

The Chinese Super League until recently had a reputation for heavy spending on the likes of Carlos Tevez, Oscar and Hulk, but the money has dramatically dried up.

Earlier this year, reigning CSL champions Jiangsu FC folded when their owners pulled the plug on the team.