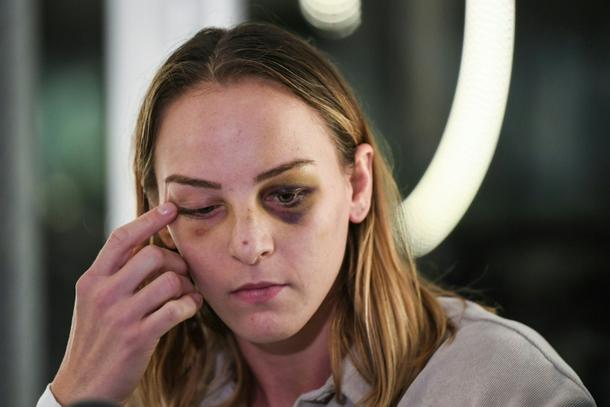 Paris (AFP) - French judo coach Alain Schmitt, accused by Olympic judo champion Margaux Pinot of domestic violence, claimed on Friday that he had merely defended himself in a fight that he said she started.

Pinot, who won mixed team gold at the Tokyo Olympics, has accused Schmitt – her partner and former coach – of attacking her in a drunken rage while she was in bed in her apartment Saturday night.

“He straddled me, and started punching me, left and right,” the 27-year old told a news conference on Thursday, her face covered in bruises.

“I didn’t even defend myself to avoid the punches, instead I tried to reason with him. I said ‘Stop Alain, stop’,” she said. “I thought to myself, I need to get away from him, or I’ll die here”.

Police arrested Schmitt, but he was released after a court hearing early Wednesday, with the judge saying that there was insufficient evidence to support the domestic violence allegation.

“My impression is that I was defending myself,” Schmitt told the BFMTV broadcaster Friday. “I have never hit a woman in my entire life. In my intimate life I am a tender person.”

Prosecutors immediately lodged an appeal against the court’s decision which sparked widespread anger, including from candidates campaigning for next year’s French presidential election. 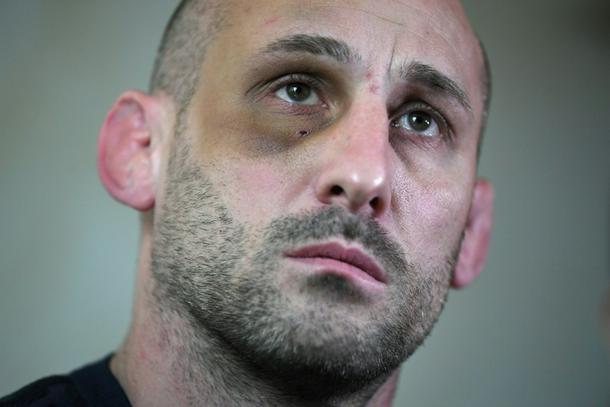 'I was defending myself', Schmitt claimed

Far-left candidate Jean-Luc Melenchon called the incident “revolting” and said about the court’s decision: “What else do they need? For her to die?”

Socialist candidate Anne Hidalgo, who is the mayor of Paris, said that Pinot “has all my support”, while Sports Minister Roxana Maracineanu said that “Margaux is clearly the victim here”.

But Schmitt said that it was Pinot who attacked him, out of anger because he was about to leave for Israel where he had been hired to coach the national women judo team.

Schmitt said he accepted the job to get out of the relationship with Pinot which he said had been “complicated” over the past two years.

He told BFMTV that, during the fight, he tried to leave the apartment, but “each time I was pulled back, by my T-shirt or my arm”.

He insisted that he “neither punched nor kicked” her. “I’m not violent. Everybody needs to hear that,” he said.

Schmitt, who had a large bruise on one side of his face, reiterated that they both crashed into walls and the floor during the judo-style fight which he said explained the injuries.

Following the accusations, the Israeli judo federation broke off contact with Schmitt.