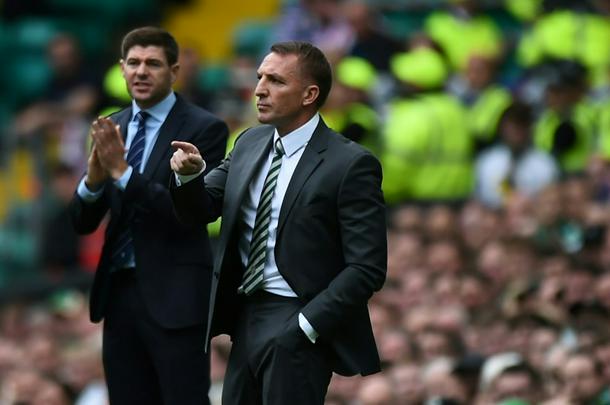 London (AFP) - Aston Villa boss Steven Gerrard has spoken of his respect for Leicester’s Brendan Rodgers as he prepares to lock horns with his former Liverpool manager.

Gerrard played under Rodgers at Anfield between 2012 and 2015, coming agonisingly close to winning the Premier League together in 2014.

Liverpool blew a five-point lead at the top of the table with only three matches remaining, a collapse featuring Gerrard’s costly slip in a damaging defeat against Chelsea.

The pair crossed paths again in Scotland as opposing managers, where they were in charge of the Old Firm clubs.

Rodgers won back-to-back domestic trebles during his two full seasons at Celtic, where he faced Gerrard’s Rangers on two occasions.

Each recorded a 1-0 win during that 2018⁄19 season, Gerrard’s first in management, before Rodgers left for Leicester.

The former Liverpool captain, 41, who has started his career as Villa manager with two wins and a defeat, revealed he had learned a lot from Rodgers over the years.

“Brendan is a top coach,” said Gerrard. “He came in at Liverpool at a time when we needed someone like him in terms of a modern coach who was going to take us forward, but also play some attractive football.

“I think the biggest thing was his delivery on the training pitch. You could see quite clearly that he had got a lot of experience and he was a good manager to play for in terms of a personal relationship.

“It would have been very naive from my point of view not to try and learn as much as I can and what I could from Brendan.

“I continued to do it even when we never worked together because obviously I came up against him in Scotland.”