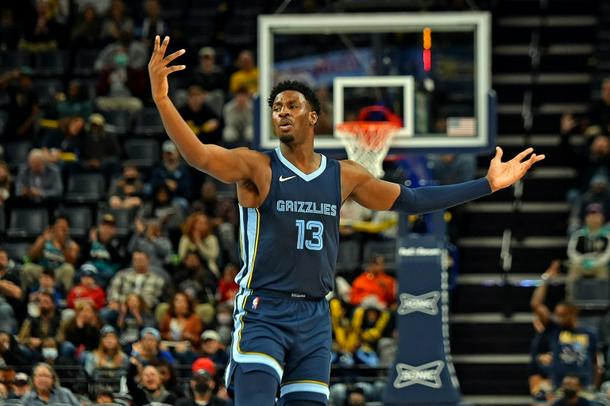 Los Angeles (AFP) - The Memphis Grizzlies clobbered the hapless Oklahoma City Thunder 152-79 on Thursday, as nine players reached double figures to give them the largest margin of victory in National Basketball Association history.

“Man, it feels great,” said reserve De’Anthony Melton. “It feels great to be in the history books, especially in front of our home crowd.

“We did it one through 15. Everybody contributed.”

The Grizzlies won by 73 points and are the first team in league history to win by at least 70. The previous mark of 68 points was held by the Cleveland Cavaliers, who hammered the Miami Heat 148-80 on December 17, 1991.

American Jaren Jackson led the assault with 27 points, while Spanish power forward Santi Aldama finished with 18 points and 10 rebounds for the Grizzlies, who have won three straight games despite being without injured all-star guard Ja Morant.

“We had to be better. We got to keep locking in defensively. When our defense and our offense are going, we are a deadly team,” said Melton.

The Grizzlies bench stepped up mightily as six of the seven reserves finished in double figures including Melton, who shot eight of 10 from the floor and made three of five three-point attempts en route to 19 points in front of a crowd of 18,400 at FedExForum in Memphis.

Memphis led 72-36 at halftime and kept cranking up the intensity, eventually pulling ahead by as many as 78 points. It was the largest lead in any NBA game since 1996-97.

“We knew with (Morant) going down what we had to do,” Melton said. “We had to step up.”

It was the third straight game the Grizzlies have led from start to finish.

“Franchise records are obviously great. Proud of our guys that they don’t think about that,” Memphis coach Taylor Jenkins said.

“We’re just motivated by what are our standards every single night. Tonight was on pretty full display both offensively and defensively.”

The lowly Thunder now have the records for the largest road loss and the largest home loss in league history.

In May, the Thunder were beaten at home by 57 points by the Indiana Pacers.

“Tonight is not necessarily who we are,” Thunder coach Mark Daigneault said. “I think we’ve definitely shown that from a competitive standpoint. This isn’t indicative of who our team is.”

“Obviously, it was a combination of things. They played with great force and pace. They made some shots. We didn’t shoot it well early and just really couldn’t get a grip on the game. Any part of the game.”

In Phoenix, Cameron Johnson and Cameron Payne each had 19 points and six rebounds and the Phoenix Suns set a franchise record with their 18th consecutive win with a 114-103 victory over the Detroit Pistons.

Pascal Siakam added 20 points, and Scott Barnes chipped in 13 for the Raptors, who ended a five-game home losing streak. Siakam fouled out in the fourth quarter.

Superstar forward Giannis Antetokounmpo did not play for the Bucks because of a sore calf. Journeyman DeMarcus Cousins also did not play after making his Bucks’ debut on Wednesday.