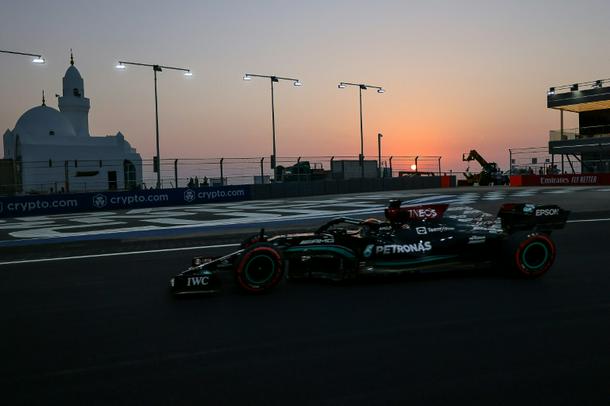 Jeddah (Saudi Arabia) (AFP) - Lewis Hamilton clocked the fastest time in both practice sessions on Friday for the Saudi Arabian Grand Prix, the penultimate race of the season where he hopes to keep his pursuit of a record eighth world title on track.

The Mercedes driver posted a quickest time of 1min 29.786secs in the first session on the new street circuit.

He later eclipsed that with 1min 29.018secs under the lights in the curtailed second session.

AlphaTauri’s Pierre Gasly was third quickest, ahead of Red Bull’s Max Verstappen who went round in 1min 29.213secs.

Verstappen takes an eight-point lead over Hamilton into the race and could potentially win the title on Sunday.

Hamilton has won the last two races in Brazil and Qatar to trim Verstappen’s advantage but if the Dutchman wins on Sunday and Hamilton finishes outside the top six it will be the Red Bull man who takes his crown.

“The track was rapid - unbelievably quick and with a lot of grip as well. Once you get in the rhythm, it’s beautiful to drive,” said Hamilton.

It was the first time that the drivers had come up against the new Jeddah Corniche circuit with its series of high-speed bends which proved too much for Charles Leclerc who ploughed his Ferrari into the wall at Turn 22 towards the end of the second session.

Leclerc, who still pulled the 10th fastest time, confirmed he was okay over the radio but the session was red flagged and was not resumed.

“I’m sorry for the team that will have to do a big, big work ahead of tomorrow for the car to be ready,” said Leclerc.

Hamilton had hinted at the tricky nature of the surface.

“The closing distances to other cars was definitely getting dangerous.” 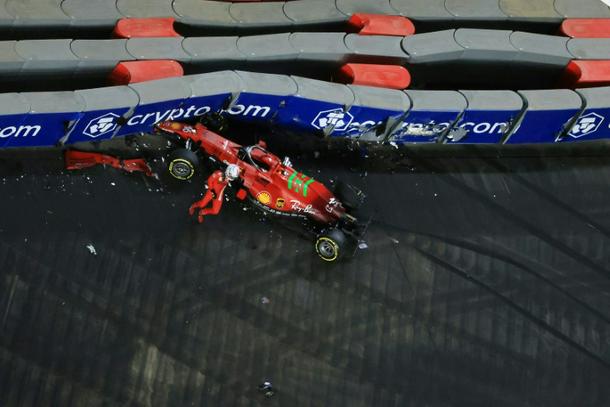 The Alpines of Fernando Alonso and Esteban Ocon were fifth and sixth quickest, ahead of the other Ferrari of Carlos Sainz, Yuki Tsunoda in the second AlphaTauri and Verstappen’s teammate Sergio Perez.

The addition of the Saudi race has been controversial with the Gulf kingdom accused of “sportswashing” its record on human rights.

Hamilton admitted on Thursday he is “not comfortable” racing in Saudi Arabia.

“Do I feel comfortable here? I wouldn’t say I do,” said the seven-time world champion.

“But this was not my choice. Our sport has chosen to be here and whether it’s fair or not, I think that while we’re here it’s still important to do some work on raising awareness.”

Hamilton has been a fierce defender of human rights issues in recent years, taking a knee on the grid in support of Black Lives Matter.

At the Qatar Grand Prix last month he wore a helmet decked in the colours of the LGBT+ community.

He will wear it again in the Jeddah street race and at the season finale in Abu Dhabi next weekend. 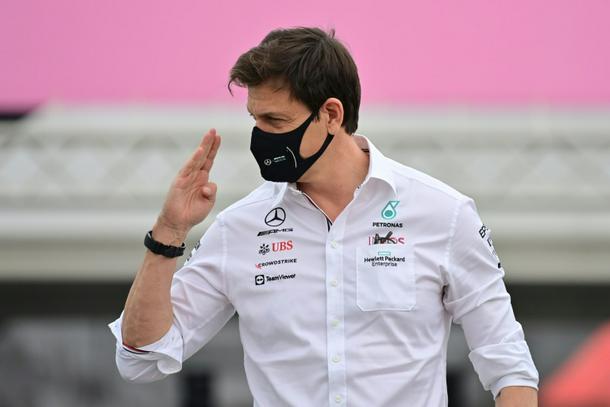 Meanwhile, Mercedes Formula One chief Toto Wolff apologised for “additional hurt” to families of the victims of a deadly London tower blaze after the world champions signed a sponsorship deal with a firm linked to the disaster.

British Housing Minister Michael Gove and survivors of the 2017 Grenfell Tower fire, which killed 72 people, criticised the team for the deal with the Kingspan company.

“On behalf of our team, I would sincerely like to apologise to you for the additional hurt that this announcement has caused. It was never our intention to do so,” said Wolff who insisted that Mercedes had carried out a full audit of Kingspan before penning the deal.

“Kingspan have stated that they played no role in the design or construction of the cladding system on Grenfell Tower, and that a small percentage of their product was used as a substitute without their knowledge in part of the system which was not compliant with building regulations and was unsafe,” added Wolff.