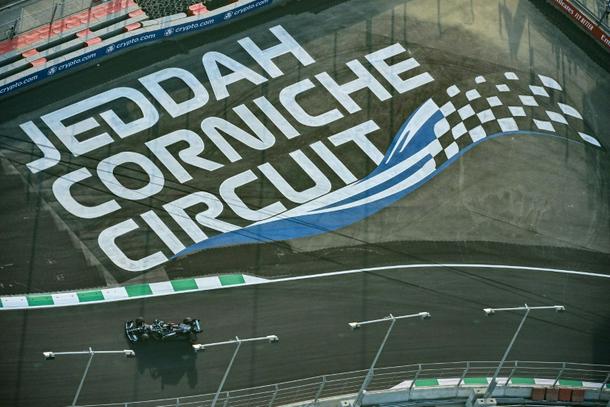 Jeddah (Saudi Arabia) (AFP) - Seven-time world champion Lewis Hamilton made the early running on the new track in Jeddah as he clocked the fastest time in the opening practice session on Friday for the Saudi Arabian Grand Prix.

Hamilton posted a quickest time of 1min 29.786secs on the new street circuit with its series of high-speed swerves that appeared to get the thumbs-up from the drivers who were experiencing it for the first time.

“This track is cool,” Valtteri Bottas told Mercedes engineers on his way to the third fastest time, 0.25secs behind his teammate Hamilton.

Red Bull’s Max Verstappen, who takes an eight-point lead over Hamilton into the penultimate race of the season and could potentially win the title on Sunday, produced his best lap right at the end of the session to split the two Mercedes, coming in 0.056secs behind the Briton.

AlphaTauri’s Pierre Gasly was fourth fastest, ahead of Antonio Giovinazzi in an Alfa Romeo and the Ferraris of Carlos Sainz and Charles Leclerc.

Hamilton has won the last two races in Brazil and Qatar to trim Verstappen’s advantage, but he knows that if the Dutchman wins on Sunday and he finishes outside the top six it will be the Red Bull man who takes his crown.