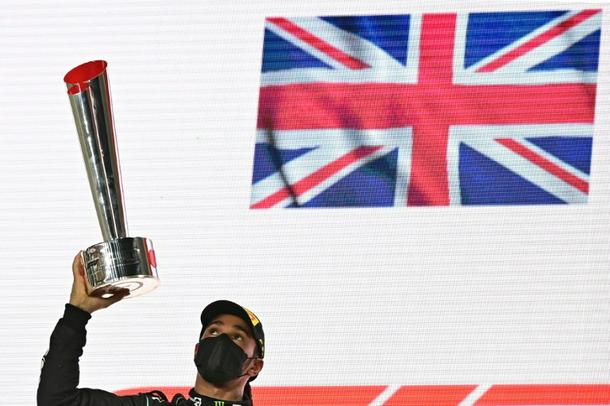 Lewis Hamilton celebrates his victory last time out in Qatar

Jeddah (Saudi Arabia) (AFP) - Lewis Hamilton will bid to keep alive his hopes of a historic eighth Formula One world title at the inaugural Saudi Arabian Grand Prix this weekend, powered by the new engine that aided his remarkable triumph in Brazil.

After consecutive victories in Sao Paulo and Qatar, Mercedes’ defending champion seeks to complete a hat-trick, or see championship leader Max Verstappen suffer a setback, on the streets of the high-speed Jeddah Corniche Circuit.

If he succeeds and trims the Red Bull driver’s eight-point advantage to just one, or even zero, in Sunday’s race, the title will be decided by a final winner-takes-all showdown in Abu Dhabi on December 12.

But Hamilton knows it is a perilous challenge and that he cannot afford to take any risks. Verstappen will take the title on Sunday if he wins and Hamilton finishes outside the top six.

“You just have to be very careful – more cautious than ever before,” said Hamilton, stressing the importance of avoiding an accident.

“You have to be ready to do whatever you can to avoid a collision even if it means leaving the track,” he told Germany’s Auto Motor Und Sport. “After all, you want to finish the race. If you are too stubborn and defend your position, you will crash.”

The 36-year-old Briton and Verstappen have collided twice already this year, at Silverstone and Monza, and had several near-misses in a roller-coaster season filled with incidents and arguments.

“In Brazil, I made sure to avoid the collision,” added Hamilton, referring to his off-track excursion when forced wide by a lunging Verstappen.

“I was always very decent in situations like this, I would say. Of course, you don’t always get it done perfectly… 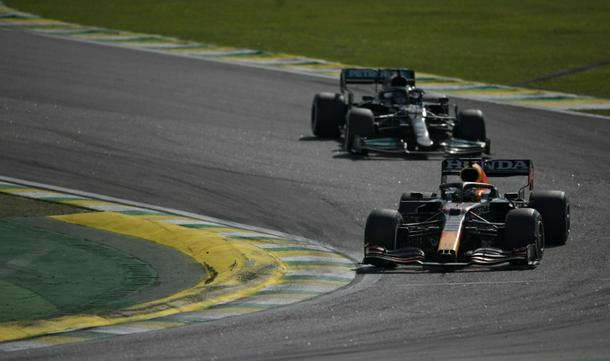 “And he’s not my first opponent to act like this. Now that I’m a little older, I take a closer look at the characters of the other drivers and their personal backgrounds… How you grew up has an impact on how you behave. I try to understand.”

“The track looks insane from what I’ve seen,” he said. “It is going to be a massive challenge and I’m sure there will be plenty of excitement and drama.”

His Mercedes counterpart Toto Wolff was in bullish mood as he looked forward to 10 days that will decide the season.

“Both titles are wide open, and our mission is clear,” he said. “Last time out we saw a faultless drive by Lewis, in Qatar, commanding the race from start to finish…

“That’s encouraging for the final races and gives us strong momentum to take forward.”

Built in just 12 months and finished only days ago, the circuit is a wall-lined street track, with some blind sweeping corners – there will be little if any margin for driver error under the floodlights.

Qualifying and making a good start will be critical factors as will the contenders’ team-mates Valtteri Bottas and Sergio Perez. 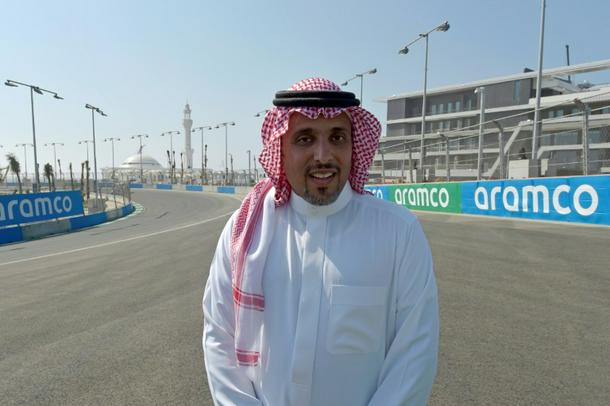 Prince Khalid bin Sultan al-Faisal, president of the Saudi Automobile and Motorcycle Federation, speaks at the Jeddah Corniche Circuit that will host the Saudi Grand Prix

There has been criticism aimed at the decision to hold a race in Saudi Arabia, with even calls for singer Justin Bieber to cancel his headline act.

It is among several big events lured in recent times to the country, which has also hosted heavyweight boxing and European Tour golf and faces accusations of “sportswashing” – trying to detract attention from its human rights record.

“There’s been a fight against the kingdom for years, and it is fought for political reasons… some people don’t want its success,” Prince Khalid said.

Prince Khalid said he expected a Covid-reduced capacity crowd of 40,000, including 8,000 from abroad.

He also said “there are no restrictions on dress” despite the conservative country’s strict social codes.