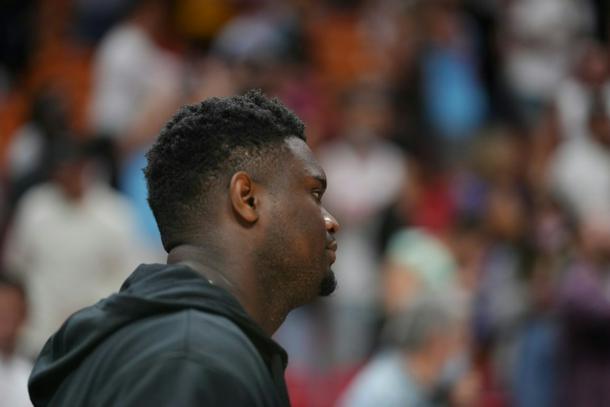 Los Angeles (AFP) - The New Orleans Pelicans star Zion Williamson’s return to NBA action will likely be delayed after what the team hopes is a small setback in his recovery from foot surgery.

The 21-year-old had surgery in July and was aiming for a return to the court in December. But he was held out of practice on Thursday after he experienced soreness in his foot.

“It’s a part of the process,” Pelicans coach Willie Green told reporters. “When you’re dealing with injuries and you ramp up some, there’s a possibility you can deal with a little bit of soreness which he’s dealing with now.”

“Hopefully the soreness goes away in a few days and he can get back to work.”

He said Williamson, a third-year pro who missed almost half his rookie season with a knee injury, was understandably “frustrated” by the setback.

“It’s more important to be patient,” Green said. “We’re talking about somebody’s career. Anytime you’re dealing with that aspect of professional sports, that is important to remember. That’s how we’re looking at this. It’s being diligent about getting him back on the floor. And that’s a part of what we’re dealing with right now.”