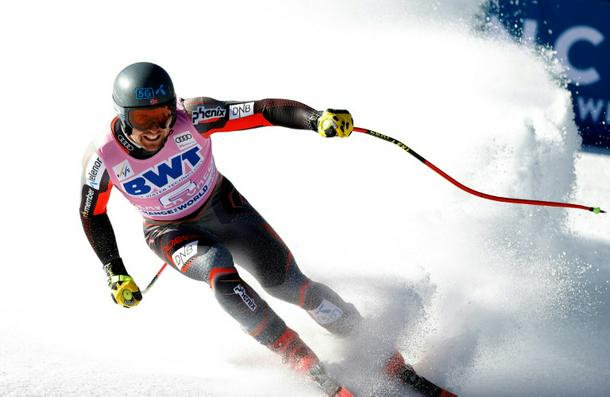 Los Angeles (AFP) - Aleksander Aamodt Kilde won the men’s World Cup super-G at Beaver Creek on Friday, cementing his return from injury as he denied Marco Odermatt a second win in as many days in Colorado.

Kilde, who captured the overall World Cup crown in the pandemic-shortened 2020 season, clocked 1min 10.26sec, bouncing back from a failure to finish in Thursday’s super-G.

“It’s incredible! It’s also incredible to be here in Beaver Creek with the fans back, crossing the finish line and actually hearing the fans rooting, it’s amazing,” Kilde said.

Odermatt, who was going for a third super-G win in Colorado and also a third straight race win in the discipline, challenged his time but settled for second, three-hundredths of a second back.

American Travis Ganong was third, 37-hundredths back after a storming run as the second starter of the day.

Kilde’s victory cemented his return from the ruptured right knee ligament suffered last January that ended his World Cup season as he was in second place in the overall standings.

But his pleasure in the win was tempered by concern for fellow Norwegian Kjetil Jansrud, who crashed heavily but was eventually able to make it off the hill under his own steam.

“For sure a bittersweet day,” Kilde said. “We’re four guys on the team now and Kjetil is one of my closest friends. Seeing that terrible crash was really, really heartbreaking. But he’s on his feet.”

Jansrud, whose five Olympic medals include super-G gold in 2014, lost control on one of the sweeping turns and finally flew into the catch netting.

After some time, the 36-year-old from Stavanger, who has one world Cup downhill season crown and three super-G globes on his resume, was able to rise and regain his skis to make his way gingerly down the mountain.

Kilde, who had watched the events unfold on screen as he sat in the leader’s seat in the finish area, beamed in relief, flashing a fingers-crossed good-luck signal for his compatriot.

“I’m just crossing my fingers for it not being too bad,” he said.

The two super-G races were part of a packed programme at Beaver Creek, where races were added after excess snow forced cancellation of one downhill and a super-G at Lake Louise last weekend.

The men were set to contest downhills on both Saturday and Sunday on the Birds of Prey course.

Odermatt still takes the lead in the overall standings into the weekend’s remaining races with 330 points. He’s chased by Austrians Matthias Mayer and Vincent Kriechmayr – who finished fourth and fifth on Friday.