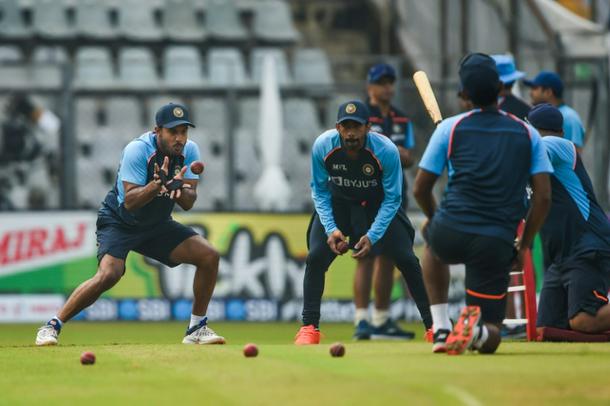 Mumbai (AFP) - India’s skipper Virat Kohli won a rain-delayed toss in Mumbai and elected to bat against New Zealand on Friday with both sides hit by injuries for the second Test.

New Zealand hung on for a hard-fought draw in the opening Test but have now lost skipper Kane Williamson to a troublesome elbow, while three key Indian players will also miss the final encounter of the two-match series.

“Looks like a hard wicket and not a lot of grass. With the sun out, it should be the best time to bat,” Kohli said at the toss.

“We just have to do the basics right, like in Kanpur. New Zealand must be given credit for batting out the overs on day five. We can be in position to capitalise at home if we play well.”

Kohli returns to the team after stepping down as national Twenty20 captain last month after the World Cup and taking a short break. Rahane led the home side in first match.

Friday’s morning session was lost to wet patches at the Wankhede Stadium due to two days of unseasonal rains in Mumbai, and lunch was taken early.

Daryl Mitchell was Williamson’s replacement as the only change in the Black Caps’ XI, while Tom Latham took over the leadership role.

“Unfortunate for Kane, his elbow is acting up again, but good chance for Mitchell,” said stand-in skipper Latham.

“It might swing with the humidity here and we will get assistance, and given the pitch, it will spin too.

“We did well after losing the toss in Kanpur and hopefully we can make use of the conditions here and pick up some early wickets.”