'Like poking the bear' - Australia's Warner thrives on criticism 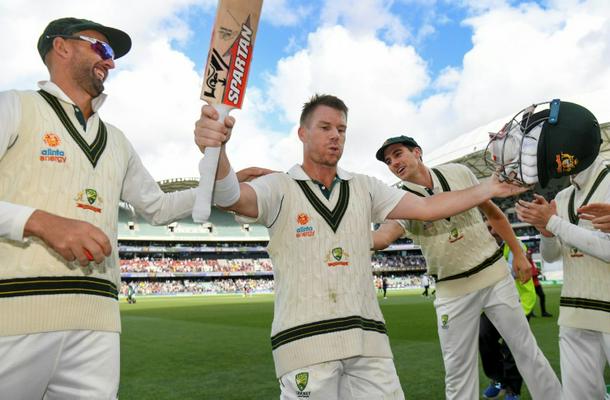 David Warner can be explosive at the top of the order

Brisbane (Australia) (AFP) - David Warner might be a polarising figure but the aggressive opening batsman is rarely boring and his heroics for Australia at the Twenty20 World Cup signalled he is back to his explosive best.

Now 35, the larger-than-life Warner boasts an average just shy of 50 from his 86 Tests, with his swashbuckling presence able to turn a game.

Even England bowler and fellow veteran Jimmy Anderson, who will go eyeball to eyeball with his old foe when the Ashes begin on December 8 in Brisbane, has grudging respect.

“We’ve played so much cricket against David Warner, we know you can never say you’re actually on top of him – he’s that good of a batter, he’s got that much quality,” Anderson told Fox Sports.

“His record in Australia is ridiculous, so we know it’s going to be a different animal to the one we faced in 2019 in our summer.”

An attacking left-hander, Warner will feel he has unfinished business after a miserable Ashes on English soil in 2019 where he tallied just 95 runs at an average of only 9.5.

Stuart Broad was his nemesis, dismissing him seven times.

But as Anderson alluded to, his form in Australia is ominous.

Former Australian captain Greg Chappell warned that he should never be underestimated.

“Many had written him off before the T20 World Cup, only to have him prove how important he is at the top of the order,” he said, referring to Warner finding form again in leading Australia to the title last month.

“I think he is even more important in the Test line-up,” added Chappell.

“A skilful, fast-scoring opening batsman can be invaluable in setting up the game. Teams with aggressive openers cause opposition captains and bowlers to toss and turn at night.” 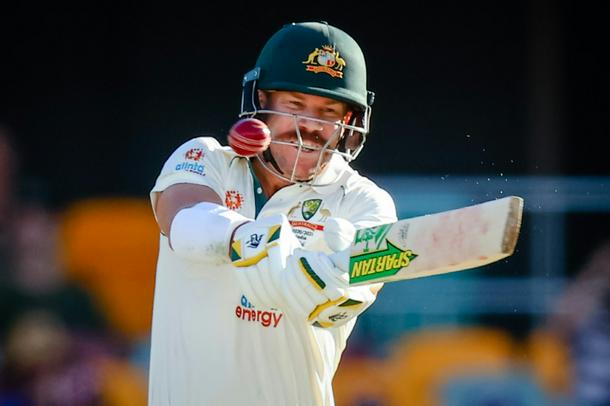 Australia's David Warner has an ominous record on home soil

Warner made a modest debut in Brisbane 10 years ago but then carried his bat with a career-defining century in his second game at Hobart to signal his arrival.

He went on to establish himself as one of the best all-format openers in the world, before it all came crashing down and his reputation was trashed.

Warner was cast as the villain in the “Sandpaper-gate” ball-tampering scandal against South Africa in 2018, having conspired with Cameron Bancroft and Steve Smith to alter the ball during the third Test in Cape Town.

He became a pariah, widely seen as a central figure in the cultural crisis that engulfed Australian cricket. He was stripped of the vice-captaincy and banned from ever holding a leadership role again in the team.

Warner served a 12-month ban before being called up again, and promptly picked up where he left off, enjoying a prolific one-day World Cup before his poor Ashes series in 2019 that again had the critics writing him off.

But in typical fashion, he bounced back emphatically by scoring an epic unbeaten 335 against Pakistan in Adelaide later that year.

Another lean spell this year cost him his place on his Indian Premier League team, but once more he proved the doubters wrong with his T20 World Cup exploits.

“Can’t believe people wrote him off,” he said.

“That’s when he plays his best cricket. It was almost like poking the bear.”