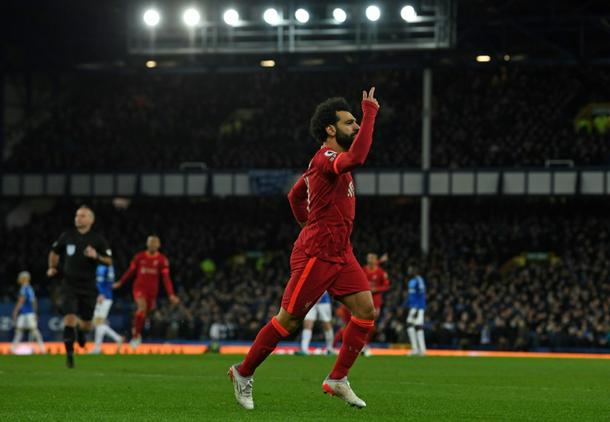 Leaders Chelsea were made to work hard for a 2-1 win at Watford in one of two games held up by lengthy delays to allow treatment for an ill supporter in the crowd.

Former Liverpool captain Steven Gerrard could not do his old club a favour as his 100 percent start as Aston Villa manager was ended by a 2-1 defeat to City.

Liverpool had won only once in their last nine visits to Goodison Park, but the gulf in class between the sides currently was obvious as Mohamed Salah produced two more stunning finishes to take his tally for the season to 19 goals in 19 games.

Jordan Henderson opened the scoring before Salah curled the first of his double into the top corner.

Demarai Gray’s strike briefly gave Everton hope heading into half-time, but further strikes from Salah and Diogo Jota gave the scoreline the reflection it deserved from a one-sided contest.

“It was for sure the best performance at Goodison since I have been at Liverpool,” said Reds’ boss Jurgen Klopp. “We had some good games here but never as good or convincing as tonight.” 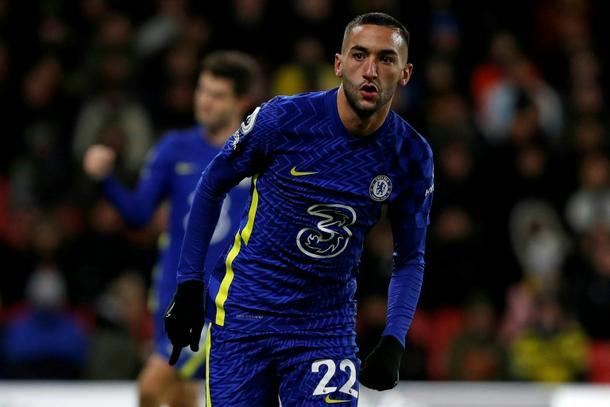 Chelsea needed Hakim Ziyech to come off the bench and score the winner 18 minutes from time at Vicarage Road to hold off City and Liverpool at the top of the table.

After a half an hour hold up early in the match as a fan was attended to by emergency services, Mason Mount gave the European champions the lead.

Emmanuel Dennis hit back for Watford on the stroke of half-time and for a while it looked like Chelsea could drop points for the third time in four league games.

“The two situations we had, we scored,” said Chelsea boss Thomas Tuchel. “We were very lucky to escape with the win.”

Gerrard had got off to a flying start as Villa boss with back-to-back wins over Brighton and Crystal Palace to ease fears of being dragged into a relegation battle, but admitted before the game that the champions posed a very different test and so it proved.

An injury-hit City dominated the first half and went in 2-0 up at the break thanks to brilliant finishes from Portuguese international duo Ruben Dias and Bernardo Silva.

Ollie Watkins pulled a goal back two minutes into the second half but City held out for a vital three points as Jack Grealish celebrated a victorious return to Villa Park.

“Difficult game. We knew it. I understand why. Especially after conceding early in the second half, the way we reacted, we played really well.”

West Ham’s hopes of a top-four finish suffered another blow as Brighton struck late to snatch a 1-1 draw at the London Stadium.

Tomas Soucek opened the scoring for the Hammers after just five minutes, but after a second for David Moyes’s men was controversially ruled out by a VAR review, Neal Maupay earned a point for Brighton a minute from time.

In the other match affected by a lengthy delay to attend to an ill fan in the crowd, Leicester twice came from behind to salvage a 2-2 draw at Southampton.

Jan Bednarek and Che Adams put the home side in front in the first half, but Jonny Evans and James Maddison levelled to keep Leicester just five points off the top four.

Burnley edged a point closer to survival but have still only won once this season after a 0-0 draw at Wolves.