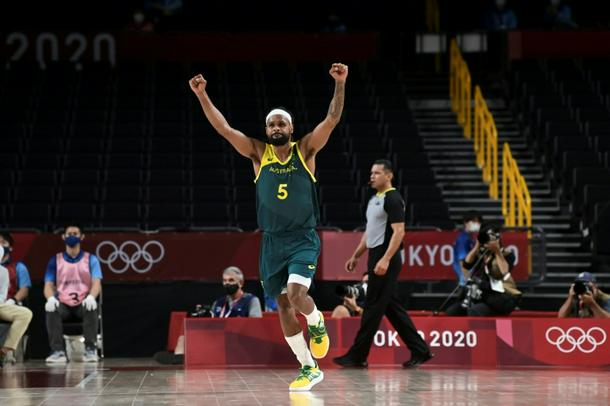 Sydney (AFP) - Veteran NBA star Patty Mills has won Australian sport’s highest honour, the Don Award, with the humble guard saying he hopes it inspires others to follow in his footsteps.

The Brooklyn Nets shooter has been a cornerstone of the national team for over a decade and as skipper led them to their first-ever Olympic medal in Tokyo this year, scoring 42 points in the third-placed playoff victory over Slovenia.

He was named as a guard in the FIBA All-Star Five representing the best players at the Olympics, after becoming Australia’s first indigenous flag-bearer at the Games.

Mills, 33, was recognised at the annual Sport Australia Hall Of Fame awards on Thursday night, which honours the Australian athlete or team who most inspired the nation in the past 12 months.

“It means a lot, and I’ve said this before, but it’s something that as an athlete, you don’t set out to achieve these kinds of awards,” said Mills, who moved to the Nets this season after a decade with the San Antonio Spurs.

“It’s about the people that I try to inspire along the way and doing it in a way that I think how I carry myself – hopefully that can inspire certain people, especially everyone in Australia.”