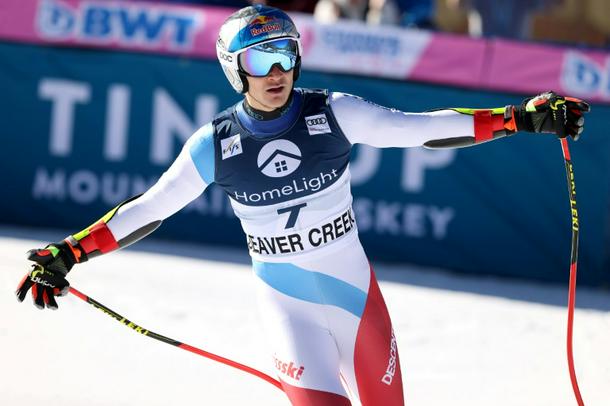 Los Angeles (AFP) - Marco Odermatt’s success at Beaver Creek continued Thursday as the Swiss won the first super-G of the World Cup season on a challenging Birds of Prey course to stretch his lead in the overall standings.

Odermatt, who notched the first World Cup win of his career in the 2019 super-G at Beaver Creek, avoided any big mistakes on a bumpy piste that posed problems for plenty of skiers.

He clocked 1min 08.61sec and beat Austrian Matthias Mayer by 78-hundredths of a second. Canadian Broderick Thompson was third, 95-hundredths back.

With his sixth career World Cup win, Odermatt made it two in a row on the Colorado slope, since no races were held in North America last season because of the coronavirus pandemic.

He also notched his second win of the season, after a giant slalom victory in Soelden in October.

“I like this place and have special memories of two years ago,” Odermatt said. “Now with another win here, just a perfect start into this long weekend.”

Odermatt’s performance was all the more impressive given that 14 skiers who failed to finish included five of the first 15 starters, the list including Austrian Max Franz and Norwegian Aleksander Aamodt Kilde.

It was clear the course would pose a tough challenge when the first two out of the gate, Matthieu Bailet of France and Dominik Paris of Italy, failed to finish.

Mayer, who won the season’s first downhill at Lake Louise on Saturday, was the first to post a time, and only Odermatt could better it.

“It was a very difficult course setting today,” Odermatt said. “I just had a good plan in my mind and good inspection and tried to ski what I was thinking about. I risked a lot again and it paid off.”

Thompson delivered a dazzling run from the 35th starting position to knock Germany’s Andreas Sander out of third place by three-hundredths of a second and claim the first World Cup podium finish of his career.

The race was one of four scheduled for Beaver Creek, added after excessive snow at Lake Louise forced cancellation of a super-G and one of two scheduled downhills last weekend.

In a punishing four-day span another super-G was set for Friday, with downhills scheduled for Saturday and Sunday.