Pressure on Djokovic as Kazakhs lead Serbia in Davis Cup 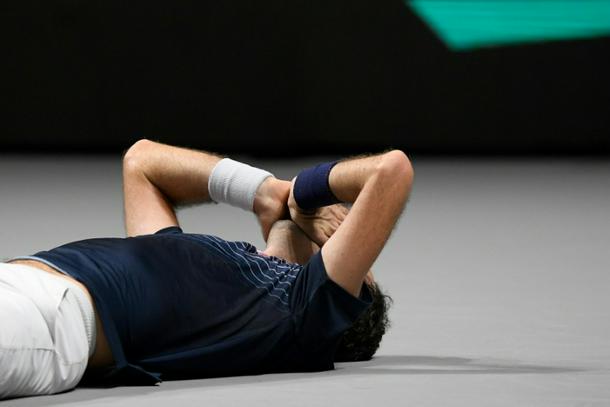 World number one Djokovic must now defeat 36th-ranked Alexander Bublik to drag Serbia back into the tie and leave the match to be decided in the doubles rubber.

Djokovic is due to team up with Nikola Cacic in the doubles against Andrey Golubev and Aleksandr Nedovyesov.

Serbia, the 2010 Davis Cup winners, will face Croatia in the last-four if they come through Wednesday’s tie.

Kecmanovic, preferred by Serbia captain Viktor Troicki over higher-ranked Dusan Lajovic and Filip Krajinovic, had been on course for victory after winning seven games in a row on his way to a 3-0 lead in the decider.