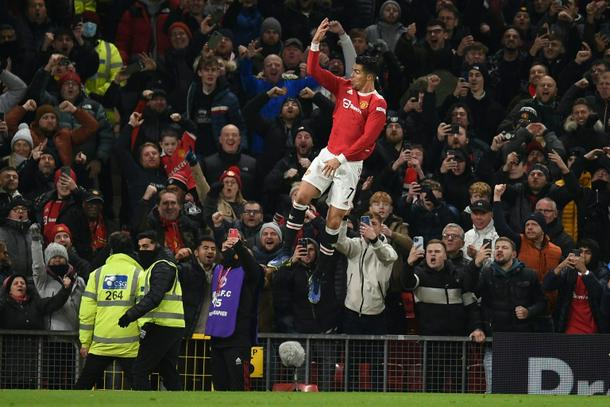 Manchester (United Kingdom) (AFP) - Michael Carrick exited Manchester United with a win as Cristiano Ronaldo surpassed 800 goals for club and country with a double to see off Arsenal 3-2 on Thursday.

Carrick was taking charge for the final time as caretaker manager with new interim boss Ralf Rangnick watching from the stands and announced after the match he will leave the club rather than return to his coaching role.

The former United midfielder was part of Ole Gunnar Solskjaer’s coaching staff and had been criticised by former teammate Paul Scholes for remaining at the club following the Norwegian’s dismissal.

“It’s 100% my decision,” said Carrick. “I thought it was the right thing to do for the club and for Ralf and I’m quite happy with that.

“We were in a situation where there was a responsibility to see these games through. The loyalty to Ole is a little bit of a factor but there were a lot of things that came into my decision.”

A vital three points means Rangnick will take over with United just three points off the Premier League top four and with an enticing run of fixtures to come over the festive period. 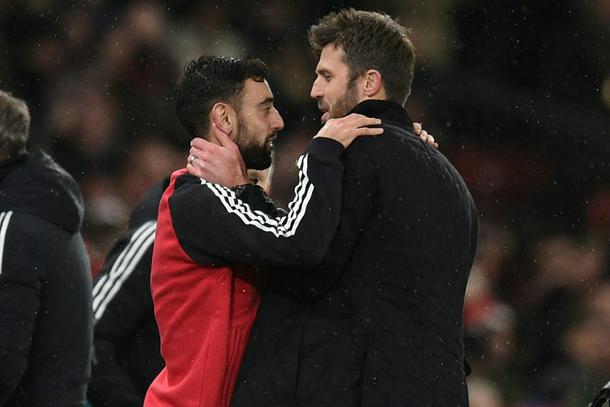 Victory also rounded off a fine stint for Carrick as caretaker after progress to the Champions League last 16 and a creditable 1-1 draw at Premier League leaders Chelsea.

The United fans paid homage to Solskjaer with a banner in the first match at Old Trafford since he was dismissed.

However, once the action got underway, nothing seemed to have changed from the final days of the his reign as United started in a similar fashion to humiliating home defeats to Liverpool and Manchester City.

Pierre-Emerick Aubameyang and Ben White had chances for the visitors inside the first two minutes.

When Arsenal did go in front on 13 minutes it was in strange fashion.

Emile Smith Rowe’s shot bounced into an unguarded net with David De Gea down injured having been stood on by his own player Fred.

Referee Martin Atkinson blew the whistle to stop play, but only after the ball had crossed the line and therefore the goal had to stand.

Arsenal players rebuffed United’s request to stand aside and allow them to equalise in a gesture of fair play.

But they did so of their own accord a minute before half-time when Jadon Sancho and Fred combined to tee up Fernandes to slot home his first goal since September.

Ronaldo was dropped to the bench by Carrick at Stamford Bridge on Sunday amid suggestions that may become a more common occurrence under Rangnick’s high-energy style.

Accommodating the 36-year-old has been one of the causes of United’s decline defensively this season.

But Ronaldo has kept his end of the bargain with 12 goals in 17 games since returning for a second spell with the Red Devils.

This time Gabriel Martinelli was the provider for Odegaard to steer into the far corner.

“We had some really good moments and when you score two goals you expect to get something from the game, but it is our own fault,” said Arsenal boss Mikel Arteta.

“We deserve much more than we got but you get punished against this quality of players.”

On the night he reached another remarkable personal milestone, the stage was set for Ronaldo to breathe new life into United’s season when Fred was chopped down inside the box by Odegaard 20 minutes from time.

Fernandes blasted over when he retained penalty duties against Aston Villa earlier in the season.

This time he stood aside for his international teammate, who smashed the ball high past Ramsdale for his 130th United goal across two spells.