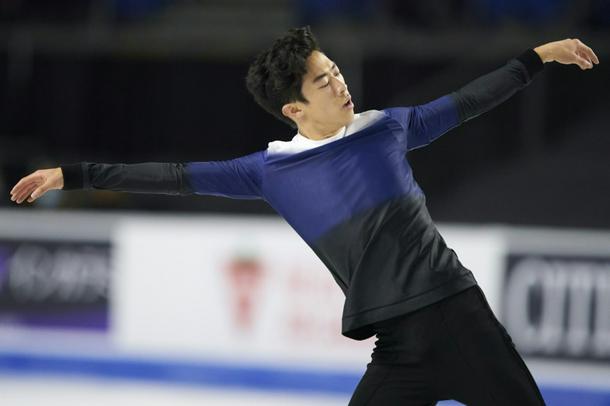 Nathan Chen of the United States was set to feature in the Grand Prix Final in Osaka next week.

Tokyo (AFP) - Figure skating’s Grand Prix Final will no longer take place in Japan next week over a ban on new foreign arrivals to the country prompted by the Omicron variant, organisers said Thursday.

Separately, Kazakh boxer Gennady Golovkin’s world title fight against Ryota Murata in Japan is now in doubt, with promoters telling AFP they do not know if it will go ahead on December 29 as scheduled.

The Japanese government announced Monday that it would ban all new foreign arrivals because of the heavily mutated Omicron coronavirus variant.

That has forced Grand Prix Final organisers to pull the plug on the showpiece event in Osaka, just two months before the February 4-20 Beijing Winter Olympics.

“We deeply apologise to everyone involved for causing so much trouble, but we ask for your understanding,” a Japan Skating Federation statement said.

Governing body the International Skating Union said: “The ISU will evaluate a possible postponement to hold the event at the end of the season and will take a decision as soon as possible.”

The December 9-12 Grand Prix Final was set to feature the cream of this season’s skating talent, including three-time men’s world champion Nathan Chen of the US and Russian sensation Kamila Valieva.

Japanese skater Yuma Kagiyama, who qualified for the men’s singles final after winning Grand Prix events in Italy and France, had earlier reacted to news of a likely cancellation on Twitter with an emoji shedding a tear.

Japan’s Olympic champion Yuzuru Hanyu did not qualify for the final after missing events through injury.

Hard-hitting boxer Golovkin is set to return to the ring for the first time in a year when he takes on Murata in Saitama, north of Tokyo, at the end of this month.

But Murata’s promoters Teiken say that they are still waiting to find out from the government if the fight can go ahead.

Several international sporting events set to be held in Japan this year have been cancelled or moved elsewhere, including Formula One’s Japanese Grand Prix and the FIFA Club World Cup.

Japan’s borders have been almost entirely shut to new overseas visitors for most of the pandemic, with even foreign residents at one point unable to enter.