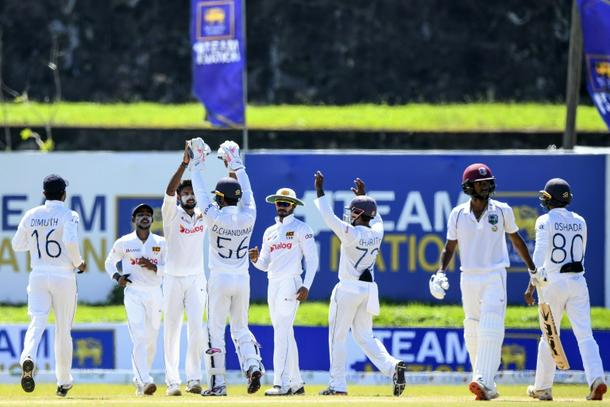 The hosts declared on 345-9, having added just 17 runs to their overnight total, when Lasith Embuldeniya was dismissed in the third over of the day by Jason Holder, leaving Dhananjaya de Silva unbeaten on 155.

The West Indies have never won a Test match in Sri Lanka, a streak that looked likely to continue with the highest-ever successful run chase in Galle 268 by the home side against New Zealand in 2019.

De Silva’s marathon innings lasted for over six hours and put Sri Lanka in a commanding position, after he walked to the crease on day four with the hosts tottering on 73-3 and only 24 runs ahead.

His ninth-wicket partnership with Embuldeniya produced 124 runs, a record for Sri Lanka, overtaking the 118-run stand Tilan Samaraweera and Ajantha Mendis put up against India in 2010 in Colombo.

Sri Lanka lead the two match series 1-0 and a draw is sufficient for them to secure number seven position in the ICC Test team rankings.