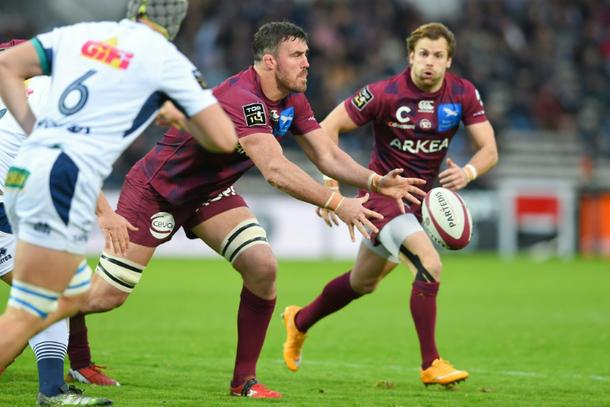 Paris (AFP) - Australia lock Kane Douglas said second-placed Bordeaux-Begles will have to be defensively sound when they host champions and leaders Toulouse in the French Top 14 on Saturday.

Douglas, 32, is set to feature at a sold-out Stade Chaban-Delmas against the league’s highest point scorers inspired by in-form France half-backs Antoine Dupont and Romain Ntamack.

“I think we have to attack the game, with our physicality. We can’t be scared about losing. That’s how they play, you need to match it,” Douglas told AFP.

“We’re going to have to rock up in defence, it will be a case of who wants it more and hopefully that home crowd gets behind us,” he added.

Douglas made the last of his 31 Wallabies appearances in 2016.

In November, Australia loosened their eligibility rules to allow players based abroad with fewer than 60 caps to feature for the national team.

“I would love to play international rugby again. It’s a little bit out of my control,” he said after last Sunday’s impressive 37-14 win at Racing 92.

“All I can do is play as well as I can. If that turns into me getting more Tests that would be great.

“I put my hand up to play another Test for sure,” he added.

His deal on the French west-coast is up at the end of the season with local newspaper Sud-Ouest reporting he is set to sign a new two-year deal.

“I’m hoping to get something sorted in the next week,” the 2.02m-tall forward said.

“It’s the best thing for my family to stay put. I think me and the club want the same thing. The club want me to stay, I want to stay,” he added. 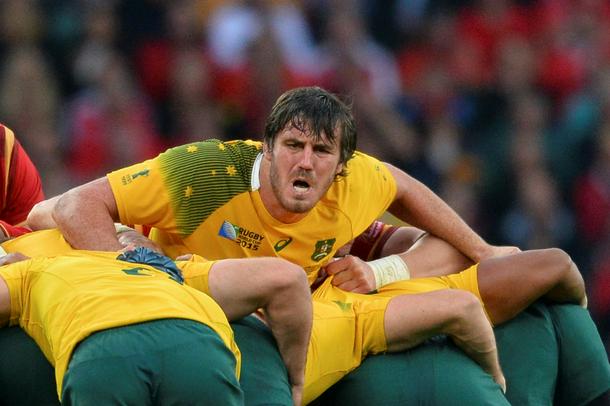 Kane Douglas made his Wallabies debut in 2012

This weekend he is expected to face two fellow Australians among Toulouse’s engine room, who also grew up in New South Wales.

Twins Richie and Rory Arnold both stand at 2.08m and helped Toulouse to the Top 14 and Champions Cup double last term.

Rory was one player to benefit from the Wallabies’ selection rule decision last month as well as La Rochelle lock Will Skelton and Stade Francais hooker Tolu Latu.

“They (Arnolds) are that extra bit taller so whoever is calling our lineouts need to take that into account, where we’re throwing the ball,” Douglas said.

“As much as they’re tall and look pretty lean, they’re pretty solid when they hit you or you hit them. They don’t come too far from my hometown in Australia. They breed them quite well up there.

“The two of them are playing really well, and winning trophies. It’s really good to see,” he added.

Elsewhere, veteran scrum-half Morgan Parra will miss Clermont hosting Biarritz on Saturday through injury days after announcing he will leave the club he joined in 2009 at the end of the season.