Warholm and Thompson-Herah named World Athletes of the Year 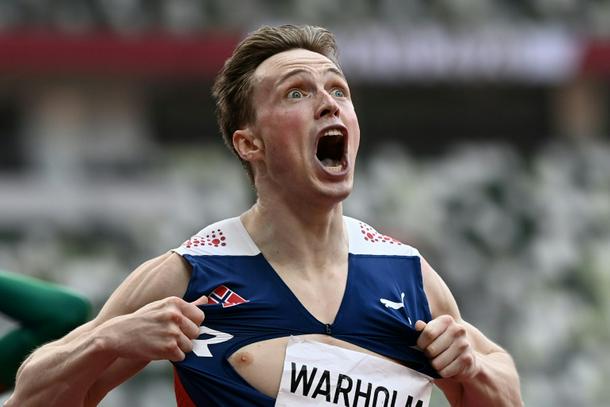 Paris (AFP) - Norwegian 400m hurdler Karsten Warholm and Jamaican sprinter Elaine Thompson-Herah were named the World Athletes of the Year on Wednesday for sensational performances at the Tokyo Olympics.

Warholm received the men’s award for smashing the 29-year-old world record to win the Olympic final in a time of 45.94sec.

His performance is widely considered one of the greatest Olympic track performances of all time.

Thompson-Herah took the women’s award for achieving the sprint double at a second consecutive Olympics.

Although her compatriot Shelly-Ann Fraser-Pryce was the favourite for the 100m coming into the Games, Thompson-Herah beat her to retain the short sprint title she won five years earlier at the Rio Olympics.

In the 200m she held off 18-year-old Namibian revelation Christine Mboma to complete an Olympic ‘double-double’.

In addition to her Olympic triumphs, Thompson-Herah also clocked 10.54sec and 21.53sec over 100m and 200m respectively to move to second on the world all-time lists behind the late Florence Griffith Joyner.

“I went very close to the world record so, you know, anything is possible. No spikes hanging up any time soon!” the 29-year-old said at the World Athletics ceremony in Monaco. 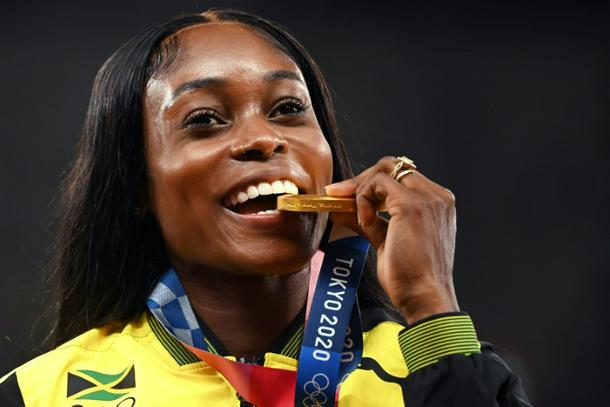 She said the world championships in Oregon next year were “my next big target” and expressed hope that, unlike the empty stands at the Olympics where spectators were banned because of the Covid-19 pandemic, she would be performing in front of a full house.

“It is close to home, I hope friends and family can come out and watch. I hope I get some crowd as well,” she said.

Warholm’s time obliterated the previous men’s one-lap hurdles record of 46.78sec set by Kevin Young of the United States at the 1992 Barcelona Olympics.

“First when I saw the time, I was like, ‘This must be a mistake!’ Because I didn’t see that one coming. And I didn’t see the victory coming before crossing the finish line,” Warholm said on Wednesday.

“It was a very intense race, I knew the American and the Brazilian and all the other guys were really chasing me.

“I always go out hard and I never know what is going on behind me. I was just fighting all the way to the finish line. When I realised 45.94 was the reality, I was thinking: ‘This is not too bad. I’ll take it!’” 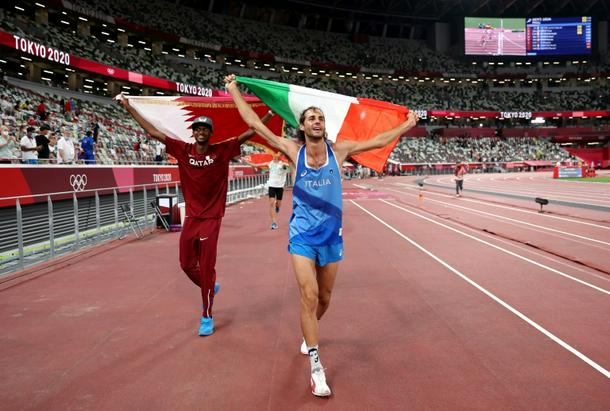 Athing Mu, the 19-year-old American who was an impressive winner of the women’s 800m Olympic title, was named the Female Rising Star.

There was a special award for Mutaz Essa Barshim of Qatar and Italian Gianmarco Tamberi, who shared the Olympic men’s high jump gold medal in a moment that touched a nerve with the public.

The awards were decided by the World Athletics Council and more than 300,000 online voters.