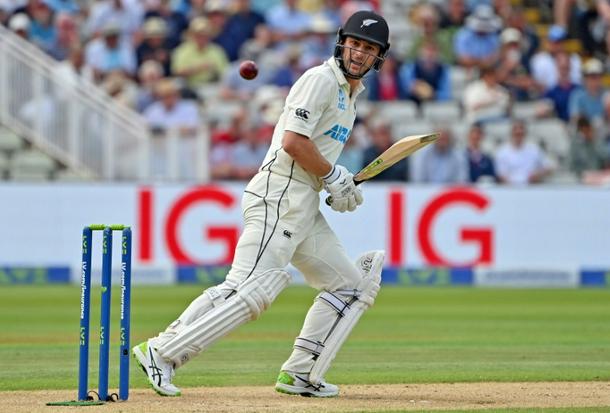 Birmingham (United Kingdom) (AFP) - Will Young fell in sight of a maiden Test hundred during the last over of Friday’s play after helping New Zealand establish a solid position against England in the second and final Test at Edgbaston.

There were just three balls left in the second day when Young was out for 82 after turning part-time off-spinner Dan Lawrence to Ollie Pope at short leg.

Lawrence’s first Test wicket brought about stumps, with New Zealand well-placed at 229-3 in reply to England’s first innings 303, a deficit of 74 runs.

Young, in for injured New Zealand captain and star batsman Kane Williamson as one of an exceptional six changes to the team, shared stands of 122 with opener Devon Conway (80) and 92 with Ross Taylor (46 not out).

Conway’s innings backed up his stunning 200 on debut in last week’s drawn first Test at Lord’s with another impressive knock. 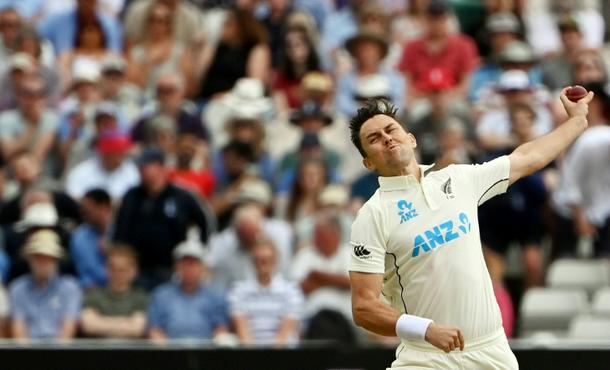 Back in the wickets - New Zealand's Trent Boult

Boult marked his return to Test cricket after taking family leave following the suspension of the Indian Premier League, with 4-85.

“The England boys threw a lot at us there, some tidy spells by a lot of their bowlers, but to just negate through it and keep chipping away was nicely done,” he said.

“It’s a big first session tomorrow and we’ll look forward to that challenge.”

In match in which James Anderson set an England appearance record of 162 Tests, it was long-standing new-ball colleague Stuart Broad who led the hosts’ attack with a miserly 2-22 in 15 overs.

“Stuart Broad produced a fantastic spell with James Anderson helping him from the other end,” England bowling coach Jon Lewis told the BBC.

“We wanted to score more runs than we did to be honest and New Zealand showed us how to bat on that pitch,” he added.

Broad struck early in New Zealand’s reply when Tom Latham, captaining the side in place of star batsman Williamson, was lbw for six.

The Nottinghamshire paceman thought he had dismissed Conway for 22 when the batsman edged low towards Zak Crawley in the slips.

But with on-field umpire Richard Kettleborough having made a soft signal of ‘not out’ as he requested a review, replay official Michael Gough felt there was insufficient evidence for him to overturn that call.

Young should certainly have been out for seven when he edged fast bowler Olly Stone but England captain Joe Root dropped a routine catch at first slip.

Left-hander Conway was largely untroubled until, on 80, a rare lapse in concentration saw him flamboyantly flick Broad straight to Crawley at deep square leg to end a 143-ball innings that included 12 fours.

Anderson had the struggling Taylor lbw for 11 only for a review to reveal the ball was missing leg stump.

Young, who had already scored two first-class hundreds for English county Durham this season, then completed a maiden Test fifty off 132 balls including seven fours in just his third match at this level.

Lawrence was 67 not out and Mark Wood 16 not out after opener Rory Burns had made 81 on Thursday following his hundred at Lord’s. 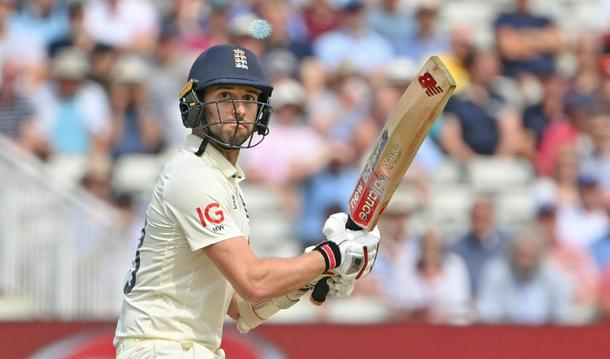 But while Wood made an entertaining 41, no one in the England tail could stay at the crease long enough to help Lawrence, who finished on 81 not out, to a maiden Test century.

Boult ended the innings by having Anderson lbw, with his haul an encouraging sign ahead of New Zealand’s appearance in next week’s inaugural World Test Championship final against India at Southampton.

“The body is a little bit tired – 29 overs – it was great fun being out there,” said Boult.