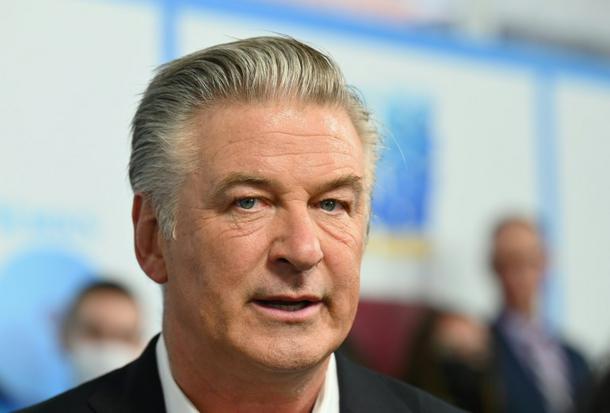 Alec Baldwin, star and producer of "Rust," was rehearsing a scene in which his character brandishes a Colt .45 when cinematographer Halyna Hutchins was shot and killed

Los Angeles (AFP) - Alec Baldwin has said he did not pull the trigger of the gun he was holding that killed a cinematographer on the movie set of “Rust.”

In his first major interview since the tragedy in October, the US actor also said he has “no idea” how a live round had gotten onto the set of the low-budget Western in New Mexico.

“The trigger wasn’t pulled – I didn’t pull the trigger,” he said in an excerpt of an interview with ABC News released on Wednesday.

“No, no, no. I would never point a gun at anyone and pull the trigger at them. Never.”

In the interview, set to air in full on ABC on Thursday evening, Baldwin did not elaborate on how the weapon had gone off.

Baldwin, also a producer on “Rust,” was rehearsing a scene in which his character brandishes a Colt .45 when cinematographer Halyna Hutchins was shot and killed.

The weapon was meant to contain dummy – or fake – rounds, and Baldwin was asked in the interview how a real bullet had ended up within the firearm.

“I have no idea. Someone put a live bullet in a gun – a bullet that wasn’t even supposed to be on the property,” said Baldwin.

Prosecutors have refused to rule out criminal charges against anyone involved with “Rust,” including Baldwin and armorer Hannah Gutierrez-Reed.

Gutierrez-Reed has also said she has “no idea” why live rounds were present.

On Tuesday, investigators said Seth Kenney – an Arizona weapon rental supplier – may have supplied “reloaded ammunition” that matched the cartridge suspected to have contained the live round that killed Hutchins.

“Reloaded ammunition” refers to rounds that are assembled from component parts, not manufactured as complete live rounds.

“The Sheriff’s office has taken a huge step forward today to unearth the full truth of who put the live rounds on the ‘Rust’ set,” Gutierrez-Reed’s lawyers said in a statement Tuesday.

“Even now, I find it hard to believe,” says a tearful Baldwin in the preview clip. “It just doesn’t seem real to me.”