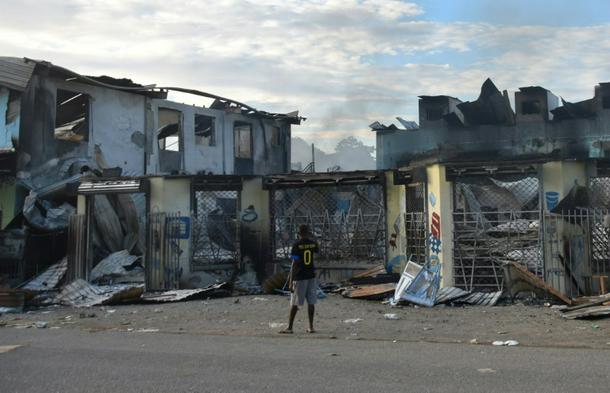 The Solomons crisis erupted with three days of deadly rioting in Honiara blamed partly on poverty, hunger and frustration with government policies

Honiara (AFP) - Fiji joined an international peacekeeping force keeping a lid on simmering tensions in the riot-hit Solomon Islands on Monday, as the Red Cross warned of food shortages in the Pacific nation’s devastated capital.

Prime Minister Frank Bainimarama deployed an initial 50 Fijian troops to maintain law and order in the wake of deadly anti-government protests, lifting the number of peacekeepers to about 200 – mostly Australian with a contribution of at least 34 from Papua New Guinea.

Bainimarama said another 120 troops were on standby if the security situation deteriorated in Honiara, where a massive clean-up was under way after the unrest that claimed at least three lives. 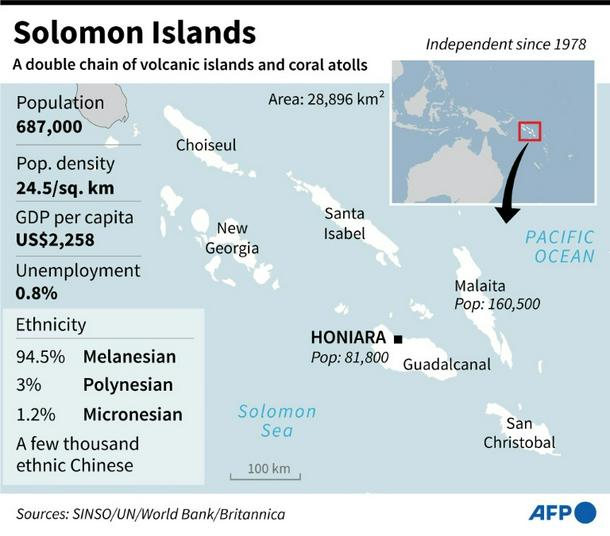 Map and graphic factfile on the Solomon Islands.

“I also wish to take this moment to convey my thoughts and prayers to our brothers and sisters in Solomon Islands for the turmoil they are currently experiencing,” the Fijian leader said.

The Solomons crisis erupted last Wednesday when protests over government policies turned violent, fuelled by poverty, unemployment and inter-island rivalries in the nation of 800,000.

After trying to storm parliament, mobs ran amok for three days, reducing much of the Chinatown area to smouldering rubble and attempting to torch Prime Minister Manasseh Sogavare’s home.

Calm was restored after Australian troops and police rushed to Honiara in response to Sogavare’s desperate plea to Canberra for help. 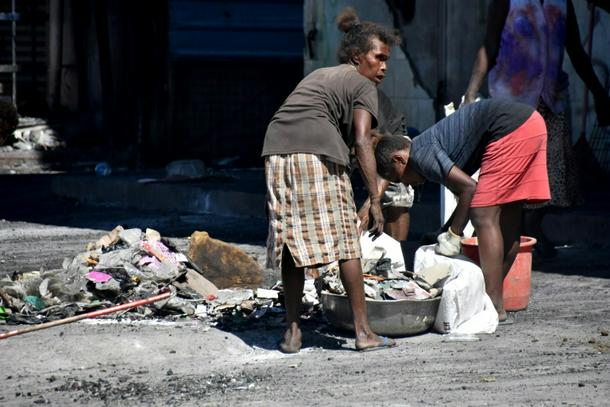 People took to the streets to clear debris

Manuri said food was becoming scarce in the capital and aid agencies were assessing whether they needed to distribute emergency supplies.

“We’re having meetings now with the NDMO (National Disaster Management Office),” he said.

“It’s not clear but soon, in certain crowded places, maybe they’ll run out of food.”

Rioters burned and looted Chinese businesses during the unrest and Manuri said that meant most of the stores where people bought food staples had been destroyed.

He said the Chinese community was keeping a low profile after being targeted and had no immediate plans to reopen their shops.

“They’ve scattered and are staying with friends,” he said. “They’re in shock and the priority right now is getting accommodation.”

Rioters focused on the Chinese community partly due to the Solomons government’s switch diplomatic allegiance from Taiwan to China in 2019, a move that angered some communities in the aid-dependent nation.

The Solomon Islands Chinese Association (SICA) condemned the “senseless” violence, saying the community had more than 70 years of history in the islands.

“Many Chinese individuals and families have lost literally everything and are also homeless,” it said in a statement cited by local media. 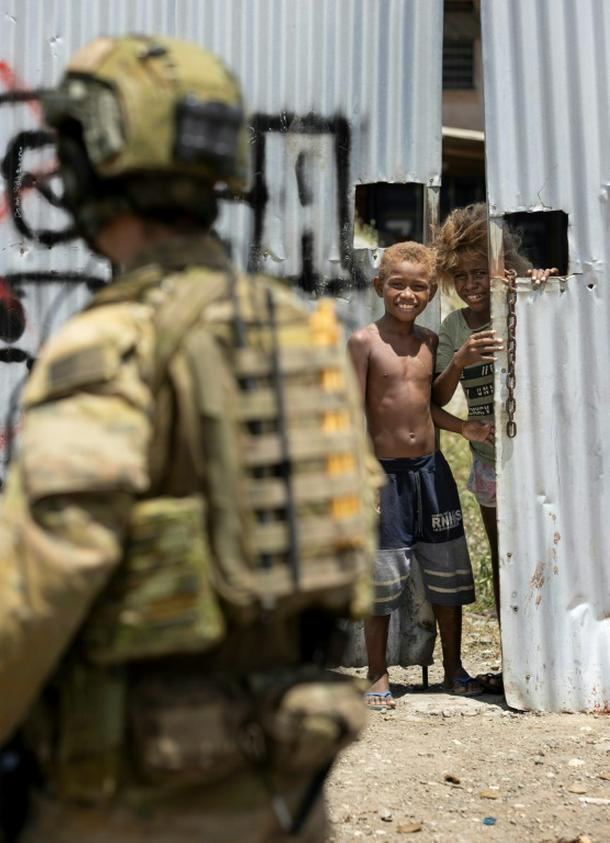 Australian troops make up most of the 200 peacekeepers

In a sign Honiara was returning to normal, parliament sat for the first time since protesters laid siege to the building last week and burned an outbuilding.

Finance Minister Harry Kuma told the legislature that food prices in Honiara’s markets had skyrocketed as a result of the riots and there had been widespread destruction of both public and private property.

“Allow me to extend my heartfelt sympathy to those businesses and individuals who have lost millions of dollars worth of goods and property to criminal destruction,” he said.

“My sincere condolences also go to the families who have lost a loved one to the wrath of fire.”

Australia’s Minister for the Pacific Zed Seselja said he still expected the peacekeeping mission to last “a few weeks”, unlike Canberra’s last intervention in the Solomons, which stretched from 2003-17.

He refused to speculate on what other steps Australia could take to ease the underlying social and economic problems plaguing its northern neighbour.

“What we’ve said is we’re coming in to restore calm and restore order, we believe it will be a relatively short-term deployment – anything beyond that is a matter for further discussions and further consideration,” he told the Australian Broadcasting Corporation.