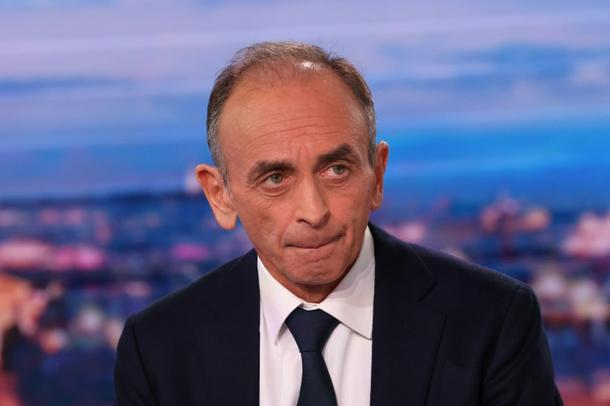 Paris (AFP) - French far-right pundit Eric Zemmour announced on Tuesday that he will run for president in next year’s election, staking his claim in a video peppered with anti-immigrant rhetoric and doom-laden warnings about the future.

Zemmour, a 63-year-old writer and TV commentator, is the most stridently anti-Islam and anti-migrant of the challengers seeking to unseat President Emmanuel Macron in the April 2022 vote.

His entry into the race – anticipated for weeks – will see him try to outflank far-right leader Marine Le Pen with a more radical programme that includes banning foreign-sounding first names.

“It is no longer the time to reform France, but to save it,” he said. “That’s why I have decided to stand.”

Referring repeatedly to his view that white French people are being replaced by foreigners, he said he had joined the race “so that our daughters don’t have to wear headscarves and our sons don’t have to be submissive”.

Zemmour soared in opinion polls in September and October while teasing his presidential ambitions, but has since lost momentum.

A photograph of the Paris-born pundit giving a middle finger with the comment “Real deep!” to a protester during a trip to Marseille at the weekend was seen as his latest misstep and he is yet to draw any political heavyweights to his side.

A new poll on Tuesday showed him in third or fourth position with 13 percent in the first round of the election, down three or four points in a week, behind Le Pen and Macron.

The author of the hit 2014 book “The French Suicide” announced his candidacy in a YouTube video that showed him sitting at a desk reading his speech into an old-style microphone. 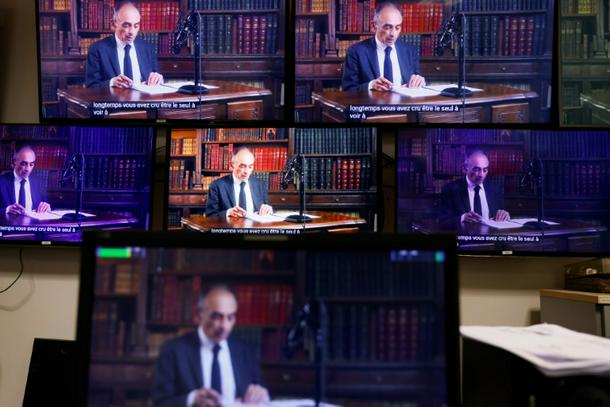 Zemmour soared in opinion polls in September and October while teasing his presidential ambitions, but has since lost momentum

It was intended to recall a famous 1940 address by war hero General Charles De Gaulle, who led resistance to Nazi occupation.

Over nine minutes, Zemmour, the son of Algerian Jewish migrants, warned that the France “of Joan of Arc and Louis XIV” and “of Notre-Dame and village churches” was disappearing.

“You feel like foreigners in your own country,” he said, his voice playing out over recent colour images of violence and rioting which contrasted with a peaceful vision of the past in black-and-white.

“Immigration is not the cause of all our problems but it aggravates them all,” he declared.

By Tuesday evening, the video had been watched 1.5 million times on YouTube. 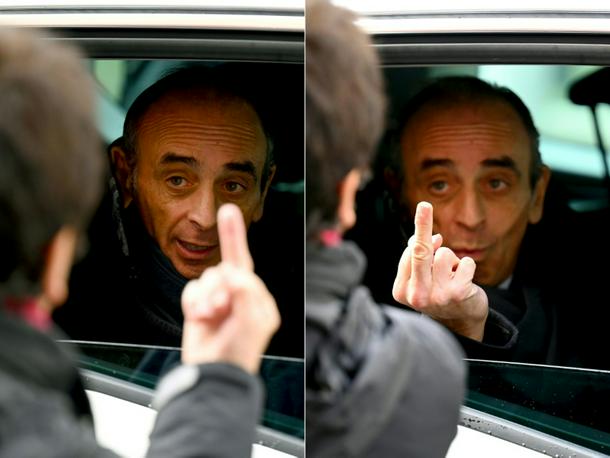 A photograph of the Paris-born pundit giving a middle finger with the comment "Real deep!" to a protester during a trip to Marseille was seen as his latest misstep

Far-left MP Alexis Corbiere mocked it as “more like an announcement for the presidential election in 1965”.

After the tense interview, Zemmour accused the interviewer, journalist Gilles Bouleau, of “intellectual fraud”, acting like a “prosecutor”, and “taking sentences from my book out of context”.

Besides Le Pen, Zemmour will also face competition from the centre-right Republicans party, which will choose this week from five candidates in a party primary that has also been dominated by talk of immigration. 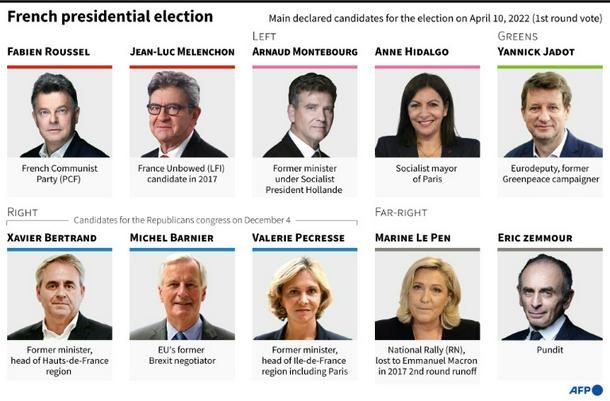 The main declared candidates for the French presidential elections

Analysts are unsure how Zemmour will influence the outcome of the election, for which Macron remains the overwhelming favourite.

“It normalises the presence of Marine Le Pen in the political landscape,” Gauchet said.

The latest poll by the Harris interactive group on Tuesday shows Macron beating Le Pen by 54 percent to 46 percent in the second round scheduled for April 24.

The exact line-up of the presidential contest will become clearer this Saturday when the Republicans announce their nominee.

Asked for their views on Zemmour’s video, frontrunner Bertrand said he would “not allow anyone to be judged by the colour of their skin, their religion or their first name”, while Ciotti said he “agreed with the decline described in this clip”.