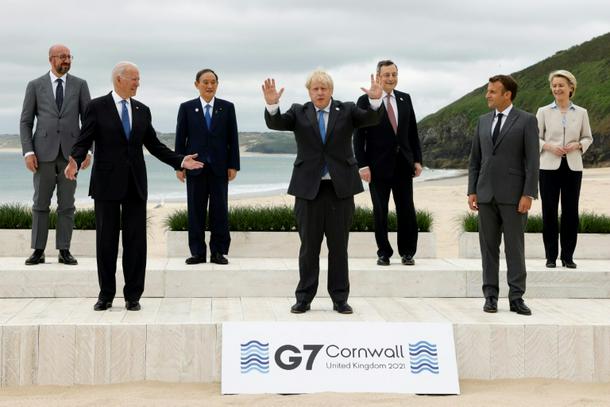 Welcomed by British Prime Minister Boris Johnson to the beachside summit venue in Carbis Bay, southwest England, the leaders posed for a family photo before opening their first session of talks on “building back better” after the pandemic.

Later Friday, the queen, 95, heir to the throne Prince Charles and his wife Camilla, and the Duke and Duchess of Cambridge met the G7 leaders at a reception at Cornwall’s Eden Project, an exhibition that showcases the world’s ecological riches.

The three-day G7 meeting presents a “huge opportunity” for global recovery after Covid-19, Johnson told his fellow leaders in opening remarks earlier, as they sat socially distanced and without masks at a round table. 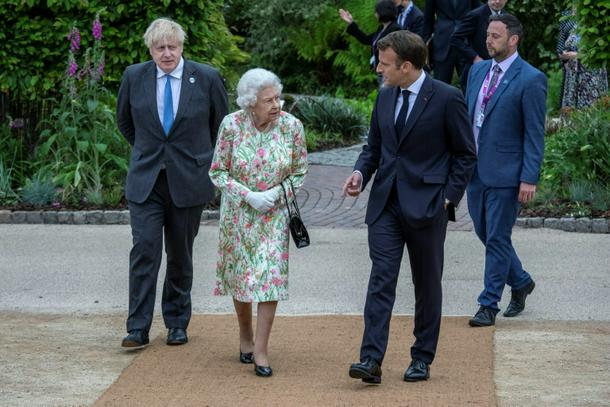 Its commitments include cutting the time taken to develop and license vaccines, treatments and diagnostics for any future disease to under 100 days.

The declaration will be published Sunday alongside the traditional final communique.

US President Joe Biden earlier set a unifying tone, ditching his predecessor Donald Trump’s isolationist stance to ram home a message of resolve by the G7 and NATO against both Beijing and Moscow.

He heads into his first sit-down with Russian President Vladimir Putin next week in Geneva.

“I’m looking forward to reinforcing our commitment to multilateralism and working with our allies and partners to build a more fair and inclusive global economy,” Biden tweeted from the G7 in Cornwall.

However, campaigners say the G7 has so far failed to rise to the challenge posed by the pandemic, which has claimed over 3.7 million lives worldwide and is still spawning new variants.

Critics claim its vaccine donations pledge for this year and next – including 500 million US doses – is far too little, too late.

David Nabarro, the British special envoy on Covid-19 for the World Health Organization, told Times Radio that the pledges were “too slow”. 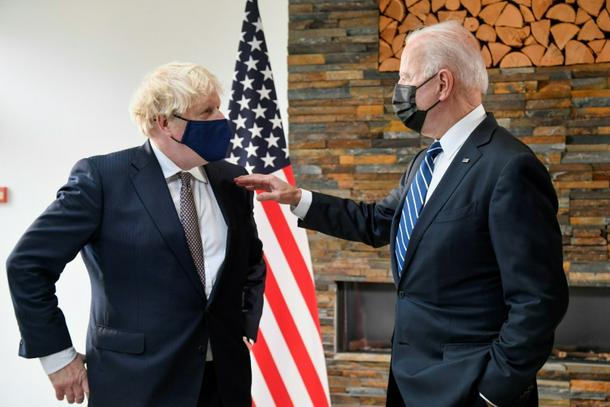 British PM Boris Johnson has spoken of the 'indestructible relationship' between the UK and US, as he and US President Joe Biden seek to present a united front

UN Secretary-General Antonio Guterres insisted vaccines “should be considered as global public goods… available and affordable for all”.

“It’s in the interest of everybody that everybody gets vaccinated, sooner rather than later,” he told reporters.

The G7 wants to rise to competing “vaccine diplomacy” efforts launched by China and Russia, with the Biden administration stressing it expects nothing in return for its donated jabs. 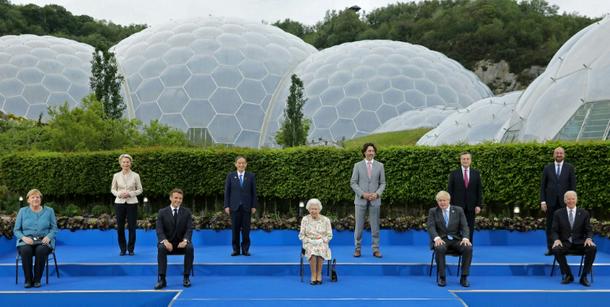 The Queen posed for a family photograph with G7 leaders

The leaders are also expected to outline more help for developing nations to build up infrastructure, as a counterpoint to the debt-fuelled spending by China in Africa, Asia and Latin America.

Yang Jiechi, the Chinese Communist Party’s chief diplomat, had a sharp retort in a phone call with US Secretary of State Antony Blinken.

He told Blinken that “genuine multilateralism is not pseudo-multilateralism based on the interests of small circles”, according to Chinese state media.

Underpinning the US-led diplomatic revival, Biden and Johnson on Thursday adopted a new “Atlantic Charter”, modelled on the pact signed by their World War II predecessors to help build a new world order. 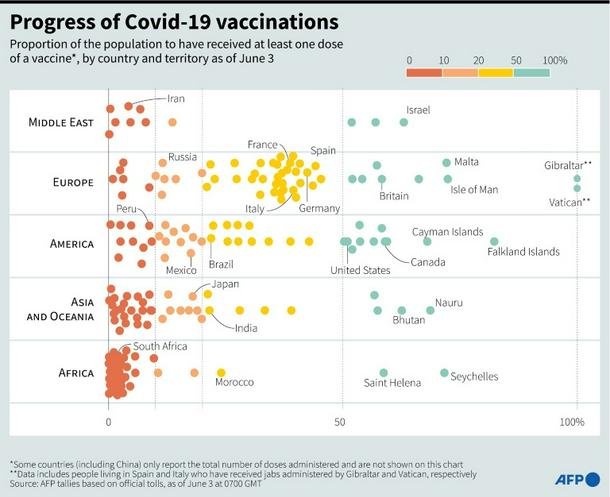 Johnson played down any differences with Biden over the restive British province of Northern Ireland, ahead of showdown talks with EU chiefs on Saturday to tackle deep fissures opened up by Brexit. 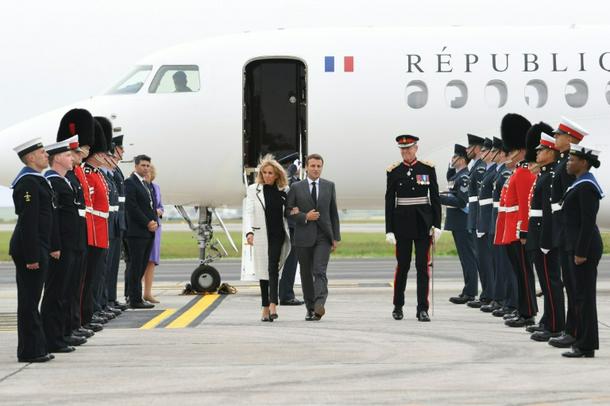 Raab told Sky News that “change must come from the European Commission side” and that “we are not negotiating or haggling the integrity of the United Kingdom”.

Johnson will hope to lighten the mood at a beach barbecue on Saturday, joined by his new wife Carrie and other G7 spouses, with a sea shanty band and toasted marshmallows around fire pits.

Safeguarding global biodiversity is another G7 theme this weekend, with the leaders set on an agreement to protect at least 30 percent of the world’s land and oceans by 2030. 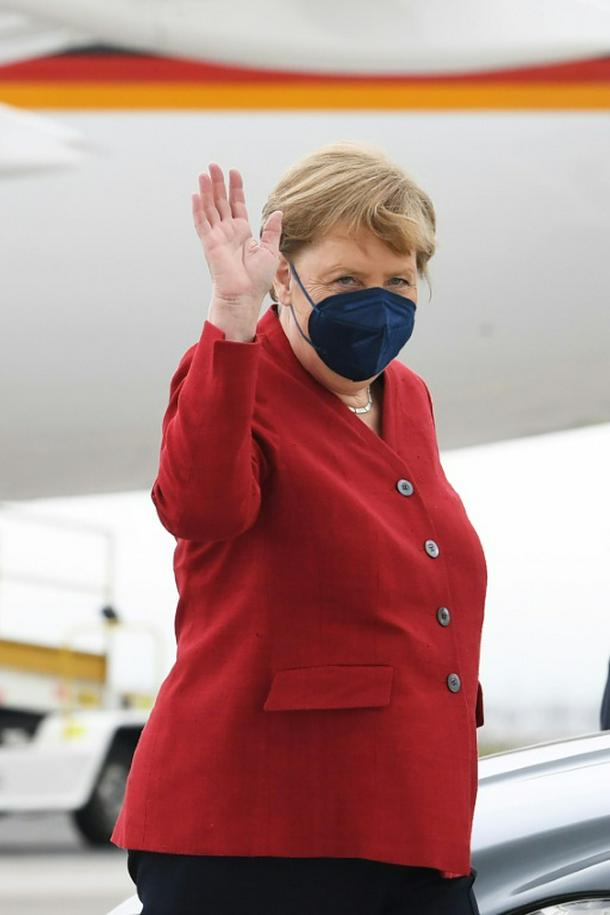 They will also debate aiding poorer nations to transition out of fossil fuels, in the build-up to the UN’s COP26 climate summit in November in Scotland.

Like the G7, Britain wants COP26 to be held in-person, and announced that it plans to offer vaccinations to delegates from poorer nations if they cannot get them otherwise.

“We need to see action, not just warm words, to tackle the climate and nature emergency,” Rebecca Newsom, head of politics for the environmental group, told AFP.

The G7 is also expected to adopt a UK plan to ensure schooling for another 40 million girls by 2025, after the pandemic destroyed educational opportunities for many around the world.