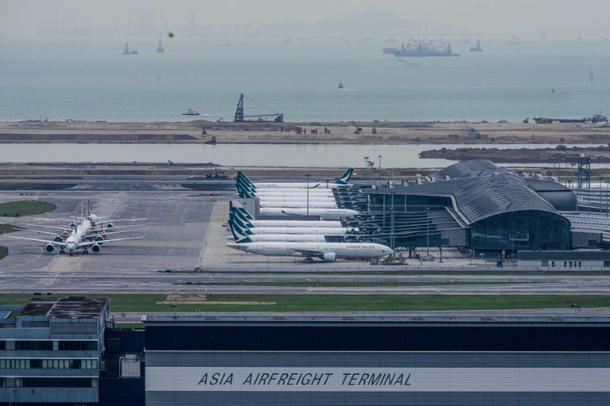 Hong Kong (AFP) - Cathay Pacific has been hit by a wave of pilot resignations in recent weeks as resentment over Hong Kong’s strict quarantine regime boils over and crew scramble for emerging opportunities overseas.

The departures come as Hong Kong ties itself to Beijing’s closed-border zero-Covid strategy – a move that has kept the city coronavirus-free but internationally isolated.

Hong Kong’s leaders say normalising travel with China must come before the rest of the world, a strategy that has caused growing alarm within multinationals in a finance hub that dubs itself “Asia’s World City”.

AFP interviewed four Cathay pilots who requested anonymity. Each said they knew more than a dozen colleagues who had resigned in the last few weeks.

More were applying for jobs at rivals in places that have shifted to a strategy of learning to live with the virus, they added.

“Things are horrible, resignations are through the roof,” one pilot, who has more than 20 years’ flying experience and has applied to two rival airlines, told AFP.

“There are a lot of guys at their breaking point. It’s actually amazing that we haven’t had an accident yet.”

For much of the pandemic Hong Kong has restricted inbound travel with as much as three weeks mandatory quarantine.

Pilots have some exemptions but spend days, sometimes weeks, shuttling within plane-to-hotel bubbles to avoid triggering quarantine when they return.

The most extreme form of this is “closed loop” flights where crew choose to spend some five weeks in a bubble followed by two weeks at home. 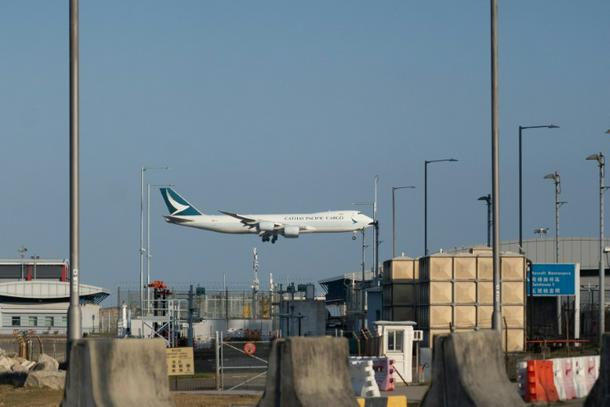 The pilots AFP interviewed said the quarantine rules have taken a profound mental toll both on crew and families.

Resentment built throughout the pandemic but exploded last month when more than 270 people – made up of some 120 crew plus their families – were ordered into a government quarantine camp after three pilots tested positive on return from Germany.

The trio were later fired when Cathay said they had left their hotel rooms during their layover.

One cargo pilot said he planned to resign “within the next six months” and look for employment overseas now that carriers in the Middle East and North America are hiring.

“I’ve had periods of staying in hotels in complete isolation for as many as 12 days,” he said. “We’re absolutely exhausted by this.”

As the pandemic spread, hammering global airlines, Cathay secured a bailout from Hong Kong’s government. Many pilots kept their jobs but had to sign new contracts cutting their pay by as much as half.

Pilots fear Hong Kong’s future as one of Asia’s busiest transport hubs is now at risk.

“Once airlines move infrastructure like technicians, ground crew and pilots out of Hong Kong to places like Seoul and Bangkok, trust me, they’re not coming back,” one pilot said. 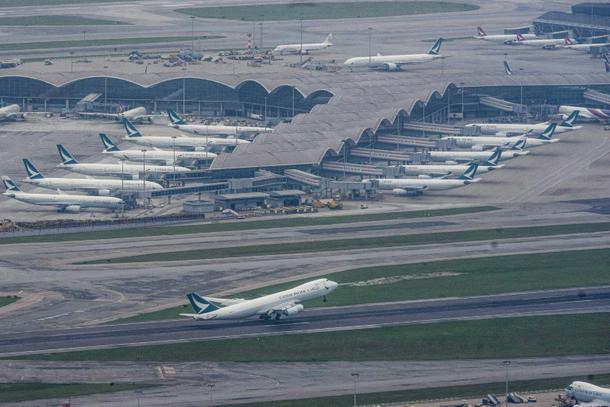 Hong Kong’s Transport and Housing Bureau did not respond to a request for comment on whether the city’s business reputation was at risk.

“We will review the quarantine arrangements for air crew as and when appropriate,” a spokesperson said.

In a recording obtained by AFP, Cathay’s director of flight operations Chris Kempis told employees this week that there was “a higher resignation rate among pilots right now”.

“There will be an increased draw, given the current environment in Hong Kong versus what is perceived overseas to be an opportunity for some,” he said.

But he stressed the company still planned to make “an awful lot of recruitment” next year.

In a statement, Cathay Pacific said it had to abide by Hong Kong’s regulations.

“We fully acknowledge that these rules and the length of time they have been in force are placing a burden on our aircrew, all of whom have been exemplary in their conduct and professionalism throughout this difficult period,” the company said. 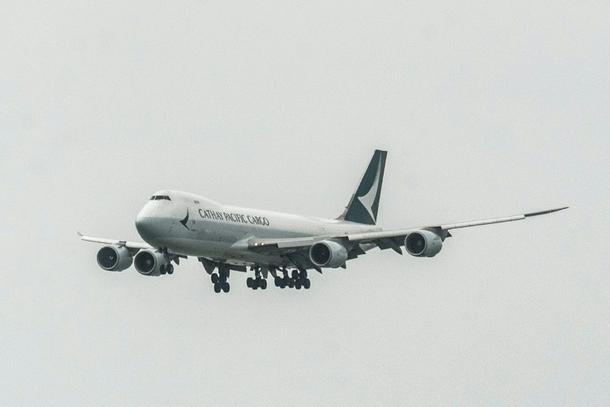 For much of the pandemic Hong Kong has restricted inbound travel

Any pilot who feels unfit to fly can decline to work “without jeopardy and is legally protected,” the carrier added.

One pilot who flies commercial said he had been unable to see his family overseas for more than 20 months because of the quarantine restrictions and his need to stay flying to top up his depleted salary.

He said he felt Hong Kong’s leaders have abandoned the idea of the city being an international hub at the request of “our overlords to the north” – a reference to Beijing.

“I love Hong Kong but if we’re not going to plan our way out of this with a roadmap the question becomes what am I doing here?” he said.

“I can’t take another year of this.”