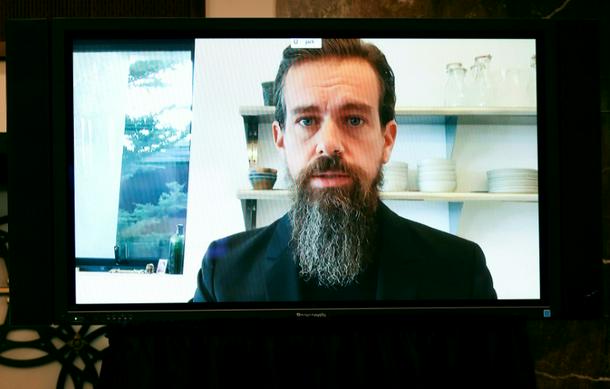 San Francisco (AFP) - Jack Dorsey, who stepped down as CEO of the social media giant Twitter Monday, is perhaps best known as the man who kicked former US president Donald Trump off the platform he used to court supporters and attack his critics.

But the Twitter co-founder, sporting a beard and nose ring, is also one of Silicon Valley’s iconic figures and his decision to resign aligns with his stances in favor of the common good.

The tattooed entrepreneur, who has said he only eats one meal a day as part of his wellness regime, became a figure of deep influence as the chief executive of two major publicly traded tech companies: Twitter and payments firm Square.

Born and raised in St Louis, Missouri, the 45-year-old taught himself how to write computer code by the time he was a teenager.

He has spoken in interviews of being fascinated by maps and trains, and of how listening to emergency service radio dispatchers as a boy got him intrigued with the power of communicating with short bursts of words.

Like many Silicon Valley celebrities, from Mark Zuckerberg and Steve Jobs to Bill Gates or Michael Dell, Dorsey dropped out of college, never graduating from either of the universities he attended, one in his native Missouri and the other in New York.

Dorsey is credited with coming up with the idea for Twitter when eventual co-founder Evan Williams gave workers at blogging startup Odeo two weeks to work on fun new projects as a way to break up the daily routine.

Yet during Trump’s presidency, Twitter was widely seen as the medium used to broadcast America’s deepening political and cultural rifts.

Dorsey took the controversial decision to permanently ban Trump from the platform, where the former president had amassed 88.7 million followers.

Dorsey made the decision days after Trump whipped up a mob of supporters who stormed the US Capitol, where they tried to prevent Joe Biden being confirmed winner of the 2020 election.

Within minutes of Dorsey’s decision, the outgoing president’s voluminous tweets were replaced by a simple message reading “Account suspended.”

The most powerful man in the world had lost his mouthpiece.

On Monday, Dorsey tweeted out his resignation letter, with the ironic message “not sure anyone has heard, but I resigned from Twitter.” 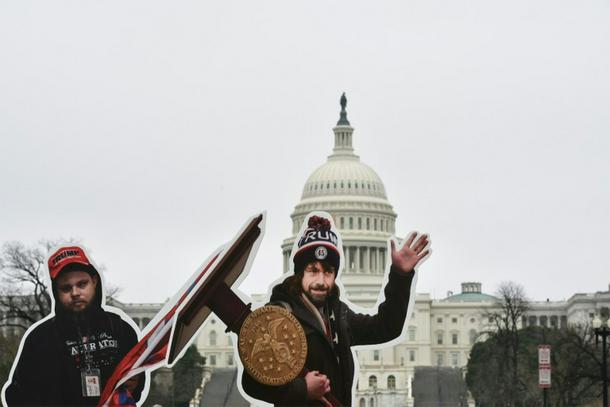 An effigy of former Twitter CEO Jack Dorsey dressed as a January 6, 2021, insurrectionist is placed near the US Capitol in Washington, DC, on March 25, 2021. Protester set up effigies of Big Tech CEO's as the US Congress held hearings March 25 about the spread of disinformation and misinformation on their platforms.

“There aren’t many companies that get to this level. And there aren’t many founders that choose their company over their own ego,” he wrote in an email to Twitter staff.

“PS I’m tweeting this email. My one wish is for Twitter Inc to be the most transparent company in the world. Hi mom!,” he said in closing the message.

It brings an end to an era that opened with Dorsey sending out the world’s first tweet on March 21, 2006 under the handle @jack, which now has more than 5.5 million followers.

He first ran Twitter in 2007-2008 and served as chief executive after Dick Costolo resigned in June 2015.

Dorsey was pushed out of the chief chair his first time around, known to leave early for personal pursuits such as sewing or yoga classes.

He later sought to revamp his image, losing his dreadlocks and moving to mend relationships between Twitter and developers and to reassure investors he was up to the task of leading not just Twitter but also mobile payments company Square, which he founded in 2009.

Within days of banning Trump from Twitter, Facebook and YouTube also suspended the one-term president, who then resorted to issuing press statements which had far less reach or impact.

Supporters of the former president accused Dorsey and the social media giants of trying to curb free speech, and many quit to join new, far-right-friendly platforms such as Gab and Parler.

Other critics of the big tech platforms accused them of turning a blind eye to the misinformation being broadcast on their pages, and called for them to be broken up by Congress.

But helming two major tech companies raised doubts that Dorsey was over-extended, with reports emerging last year that an aggressive hedgefund, Elliott Management, was trying to oust him as head of Twitter.