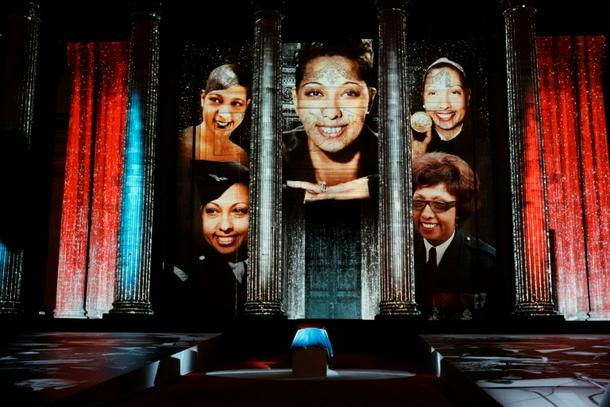 Baker is just the fifth woman to be honoured with a place in the secular temple to the heroes of the French Republic which sits on a hill in the Left Bank of Paris.

She is also the first entertainer to be immortalised alongside Victor Hugo, scientist Marie Curie and 73 other figures from the worlds of politics, science and the arts in a solemn ceremony led by President Emmanuel Macron.

Baker, who left the US in 1925 to escape racial segregation and found fame in France, is buried in Monaco.

To symbolise her entry to the Pantheon, a coffin containing earth from four places where she lived, including her hometown of St. Louis and Paris, was carried into the building by members of the airforce, watched by hundreds of dignitaries and onlookers. 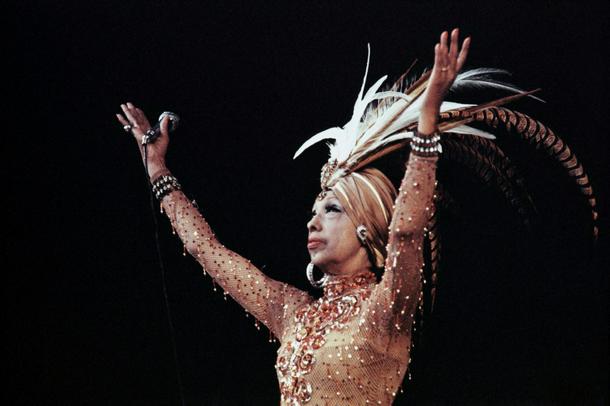 Baker's adopted country is honouring her 46 years after her death

As the coffin was borne along a street covered in red carpet to the strains of Baker’s hit song “J’ai deux amours” (“I have two loves” – referring to “My country and Paris”) images of her life were projected onto the Pantheon’s neo-classical facade.

Paying tribute to her in a speech Macron said Baker “did not defend one skin colour” but “fought for the liberty of all”.

Addressing his remarks to “dear Josephine”, he said: “You are entering this Pantheon because although you were born American there is no-one more French than you.” 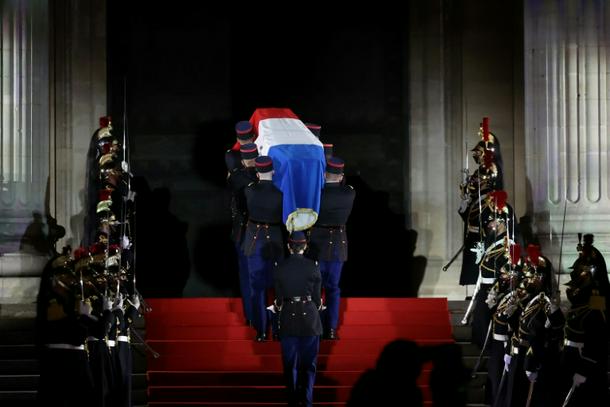 To symbolise her entry to the Pantheon, a coffin containing earth from four places where she lived, including her hometown of St. Louis and Paris, was carried into the building

The honour bestowed by Macron on the world’s first black female superstar caps years of campaigning by her family and admirers for her place in French history to be recognised.

Macron’s office denied speculation that the gesture was aimed at winning support among minorities in the run-up to next year’s presidential election.

After two failed marriages – she took the name Baker from her second husband – she managed to land herself a place in one of the first all-black musicals on Broadway in 1921.

Like many black American artists at the time, she moved to France, which was seen as more tolerant towards minorities. 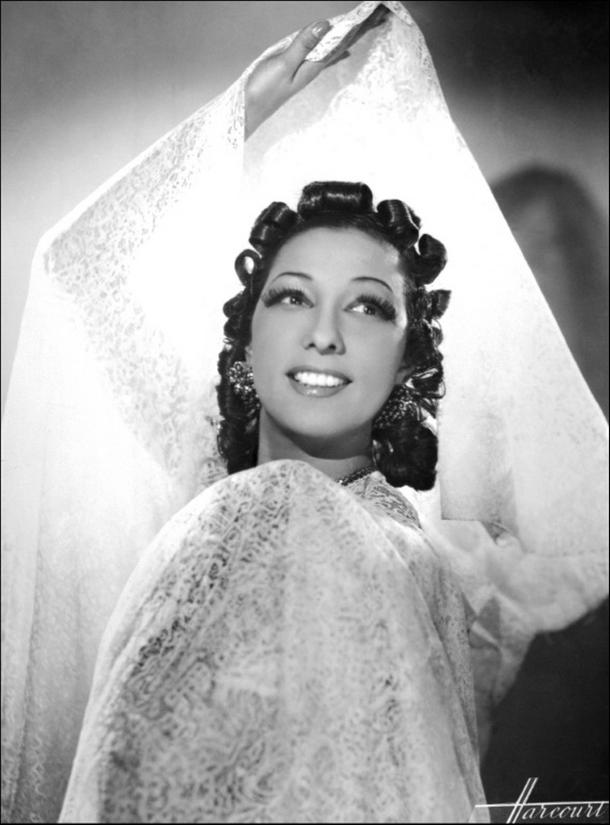 The woman nicknamed the “Black Venus” took Paris by storm with her exuberant dance performances, which captured the energy of the Jazz Age.

One of the defining moments of her career came when she danced the Charleston at the Folies Bergere cabaret hall wearing only a string of pearls and a skirt made of rubber bananas, in a sensational send-up of colonial fantasies about black women.

The performance marked the start of a long love affair between the French and the free-spirited style icon, who took French nationality in 1937.

At the outbreak of World War II, she joined the Resistance against Nazi Germany, becoming a lieutenant in the French air force’s female auxiliary corps. 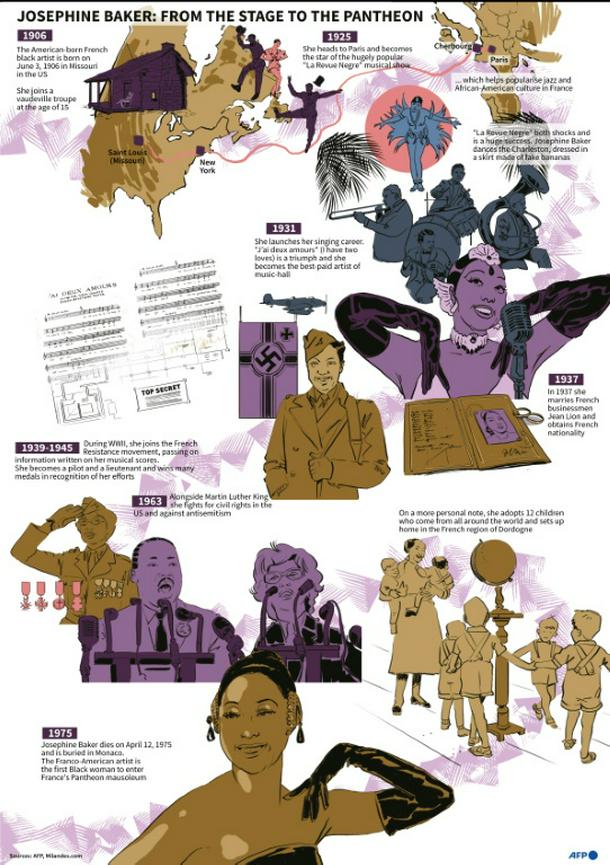 Josephine Baker, from the stage to the Pantheon

“France made me who I am,” she said later. “Parisians gave me everything… I am prepared to give them my life.”

She also waged a fight against discrimination, adopting 12 children from different ethnic backgrounds to form a “rainbow” family at her chateau in the Dordogne region.

She died on April 12, 1975, aged 68, from a brain haemorrhage, days after a final smash-hit cabaret show in Paris celebrating her half-century on the stage.

She is the second woman to be entered by Macron into the Pantheon, after former minister Simone Veil, who survived the Holocaust to fight for abortion rights and European unity.

In a sign of the universal affection in which Baker is still held in France, there was no public criticism of the decision to honour her, including from far-right commentators that are generally scathing of anti-racism gestures.