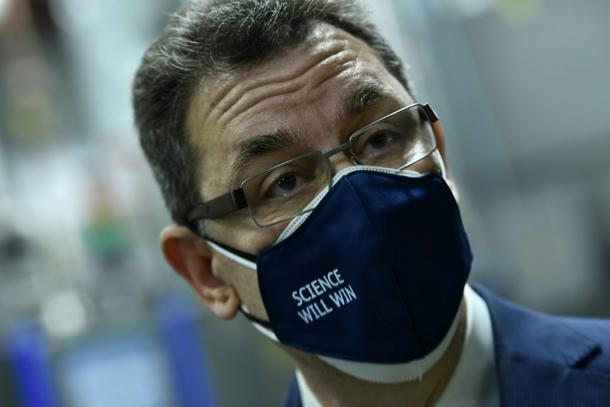 New York (AFP) - Pfizer has already started working on a version of its Covid-19 vaccine specifically targeting the new Omicron variant in case the current inoculation is not effective against the latest strain, the US drugmaker’s CEO Albert Bourla said Monday.

Bourla told CNBC that his company on Friday began testing the current vaccine against the Omicron variant, which was first reported in South Africa and has reignited fears of a global wave of Covid-19 infections.

“I don’t think the result will be the vaccines don’t protect,” Bourla said.

But the testing could show that existing shots “protect less,” which would mean “that we need to create a new vaccine,” Bourla said.

“Friday we made our first DNA template, which is the first possible inflection of the development process of a new vaccine,” he said.

Johnson & Johnson also said Monday that it is “pursuing an Omicron-specific variant vaccine and will progress it as needed.”

On Friday, Moderna, another leading Covid-19 vaccine maker, said it was developing a booster shot against the new variant.

Bourla likened the situation to the scenario earlier this year when Pfizer and its German partner BioNTech developed a vaccine in 95 days when there were concerns the previous formula would not work against Delta, though that version ultimately was not used.

The current vaccine is “very effective” against Delta, the executive said, adding that the companies expect to be able to produce four billion vaccine doses in 2022.

Bourla said he was also “very confident” that Pfizer’s recently unveiled antiviral pill would work as a treatment for infections caused by the mutations, including Omicron.

Among newly-infected, high risk patients treated within three days of the onset of symptoms, Pfizer’s pill has been shown to cut hospitalization or death by nearly 90 percent.