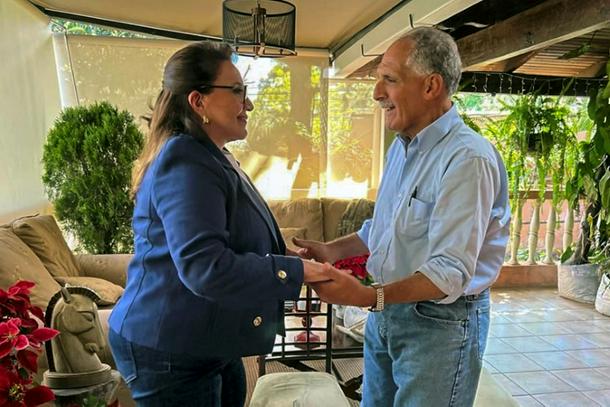 With just over 53 percent of ballots processed three days after the presidential vote, former first lady Castro enjoyed a resounding lead of 53.26 percent to 34.18 percent for Nasry Asfura of the ruling National Party (PN), her closest challenger.

While Hondurans awaited the official outcome, Asfura said late Tuesday he had met the candidate of the leftist LIBRE party and her family to congratulate her on her victory.

“I wish that God may enlighten and guide her so that her administration does the best” for Honduras, Asfura said in a video released by the PN.

The closely watched poll came four years after presidential elections marred by fraud claims and violence, and the PN was quick to highlight “the climate of peace and tranquility in the country,” even though the ruling party was ousted from power.

Washington also hailed the Honduran people for a “free and fair election.” 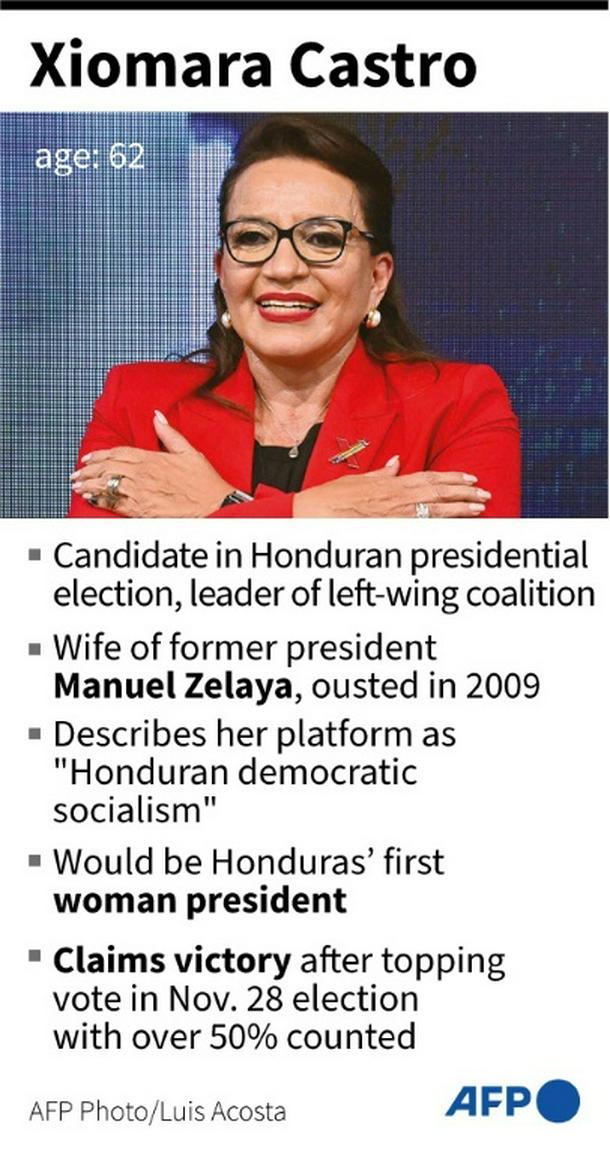 Profle of left-wing candidate for the presidential election in Honduras, Xiomara Castro, who has claimed victory after the November 28 vote.

“We congratulate them and President Elect @XiomaraCastroZ and look forward to working together to strengthen democratic institutions, promote inclusive economic growth, and fight corruption,” tweeted US Secretary of State Antony Blinken.

Castro’s husband Manuel Zelaya was deposed in a 2009 coup supported by the military, business elites and the political right.

On Sunday, she claimed victory and vowed to lead “a reconciliation government” in a country wracked by violent crime, drug trafficking, rampant corruption and large-scale migration to the United States.

Castro’s near certain victory breaks 12 years of PN rule and four decades of hegemony shared with the Liberal Party.

She has updated her Twitter handle to read: “Mother, grandmother, wife, and president-elect” of Honduras.

There were no reports of violence related to Sunday’s vote, a far cry from the deadly protests that broke out when Juan Orlando Hernandez won a second successive term in a 2017 election the opposition said was stolen.

More than 30 people died as authorities cracked down on that month-long protest. 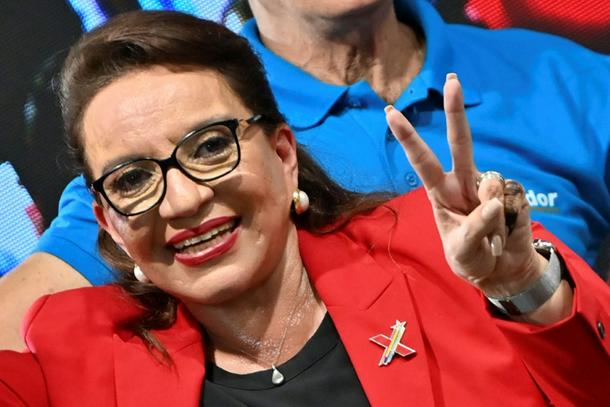 The European Union has welcomed the “largely calm and peaceful atmosphere” of the latest election, though it said the run-up was marked by “unprecedented levels of political violence and intense polarization.”

According to Zeljana Zovko, the leader of the EU mission, “at least six mayors, candidates and activists were killed in the weeks leading up to the election.”

Vote counting has been slow, with the first ballots arriving at the National Electoral Council in digital format while the rest must be physically delivered.

The campaign was bitter, with the PN trying to attach a “communist” label to Castro and attacking her support for legalizing abortion and same-sex marriage, touchy subjects in deeply conservative Honduras.

Asfura, for his part, was accused in 2020 of embezzling $700,000 of public money and the Pandora Papers – a trove of leaked documents exposing offshore accounts – linked him to influence peddling.

Some 59 percent of Honduras’s 10 million people live in poverty.

Washington has been keeping a close eye on the election, with Honduras the starting point for waves of migrant caravans trying to reach the United States.

The Honduran Council of Private Enterprise (Cohep), congratulated Castro for “having been elected to lead… the course of Honduras” and vowed to work with the elected government towards economic growth and job creation.

On Wednesday, Taiwan’s President Tsai Ing-wen congratulated Castro and said she hoped “official relations between the two countries continue to be friendly and deepen”.

Castro had promised to open diplomatic and trade ties with China, changing the official position of Honduras, which was one of just 15 countries to recognize Taiwan over Beijing.

Still outstanding are the results of the vote for 128 members of parliament, though projections also show LIBRE in the lead.