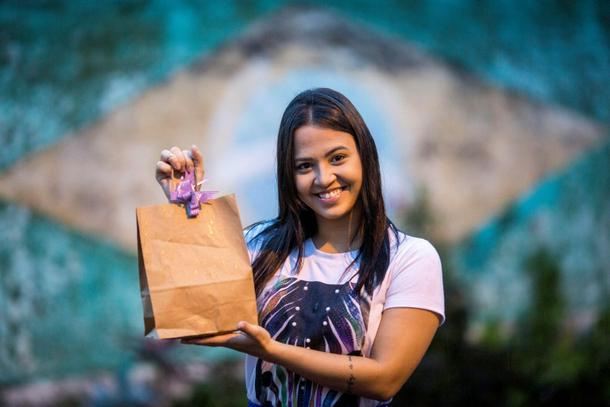 Brazilian entrepreneur Carolina Marques founded a sex shop catering to Evangelical Christians and poses with a plain bag holding her merchandise, as discretion is key for her customers

Dos Anjos opened her online store, Memorias da Clo, in 2019, offering Evangelical women a safe space to ask questions and seek advice on products designed for a part of life that remains taboo for many conservative Christians in Brazil.

The 43-year-old Baptist is based in Rio de Janeiro, but counsels her clients mainly via private messaging app, like fellow pioneer Carolina Marques, who opened her own Evangelical sex shop – or “love store,” as she prefers to call it – a year ago.

The idea, she says, is that clients “won’t have to rush to close their laptops” if someone walks in the room while they’re browsing her website.

Marques, a 26-year-old member of the Assembly of God church, consulted her pastor and his wife before opening her business.

They were the ones who advised against calling it a “sex shop.”

“They always remind me to be careful with the packaging,” says Marques, who wants to become a sex therapist.

Discretion is paramount for Evangelicals, who represent around 30 percent of Brazil’s 213 million people – a percentage that has soared in recent years.

“I’m not going to show up and hand out flyers after church,” Marques says at her home in Sao Goncalo, in the suburbs of Rio.

“We Christians still have that taboo around sensuality. But in a marriage, with your spouse, it can be something natural. I want to get rid of the stigma that says sex should only be for procreation.” 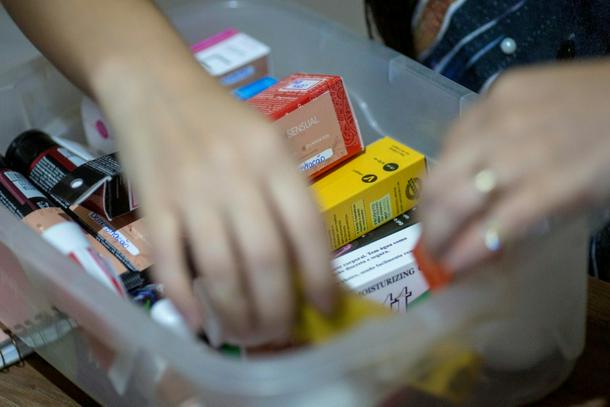 Marques’s product line includes a vibrating egg-shaped gadget to help put partners in the mood, lubricants in flavors such as cotton candy or “love apple,” and aphrodisiac perfumes.

“I don’t want (clients) to feel like they’re doing something wrong,” she says.

Dos Anjos says she turned to the Bible looking to answer the question, “What is sin?” in relation to sexuality.

The answer, she decided: every couple has to set its own limits.

She got the idea for her business after leaving her husband, who sexually abused her.

After their divorce, she went to a sex shop.

“It was a time in my life when I didn’t know what pleasure was. But the clerk there was a man. How could I possibly have talked about the subject with him?” she says.

“I realized a lot of Evangelical women must feel the same.”

She says a lot of her work involves giving women advice on issues like lubrification problems and sex after childbirth.

She also assists couples. She remembers one couple, both virgins, whom she counseled for days before they had sex for the first time.

“In that case, the sale only came later,” she says.

Jessica, 24, is a regular client of ConSensual. 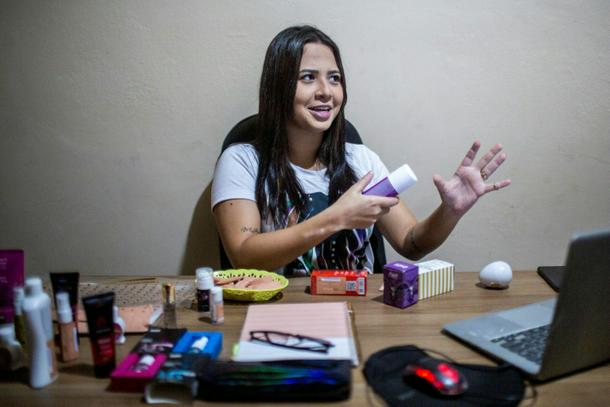 “I mainly use massage gels, thermal lubricants, flavored ones…. They make the relationship more pleasurable and fun,” she told AFP.

She asked her last name not be used, speaking via WhatsApp message to protect her identity.

Marques, who says she has started receiving orders from other parts of Brazil, has a phrase she uses to soothe such fears.

“Our body is the Lord’s temple, and we have to care for it,” she says.