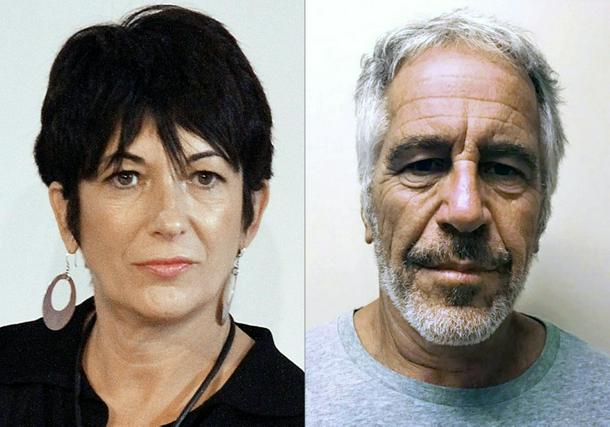 The US Justice Department has accused Ghislaine Maxwell (L) as a confidante and provider of underaged girls to Jeffrey Epstein, the financier who killed himself in 2019 before he could be tried for sex abuse crimes.

New York (AFP) - A jury was sworn in Monday ahead of opening arguments in the sex trafficking trial of Ghislaine Maxwell, the British jet-set socialite and longtime partner of Jeffrey Epstein accused of procuring teenage girls for the disgraced financier.

Clad in a beige sweater and black slacks, Maxwell sat masked in the packed Manhattan courtroom as the trial began under intense media scrutiny, two years after Epstein killed himself in jail.

The 59-year-old daughter of the late newspaper baron Robert Maxwell could spend the rest of her life in prison if convicted on six counts of enticing and transporting minors for sex with Epstein, who had been awaiting trial on similar charges.

Maxwell, whose sister Isabel was also inside the courtroom, has pleaded not guilty to all six counts.

Her attorneys have claimed she is being prosecuted only because US authorities were unable to bring Epstein himself to justice.

Outside the courthouse, Lisa Bloom, an attorney who represents eight alleged victims of Epstein and one in the Maxwell case, said that Epstein could not have abused the women without Maxwell’s help.

“My clients are hoping that she is convicted of all charges, and that she spends the rest of her life in prison,” Bloom said before Monday’s hearing began.

“They are spending the rest of their lives, to some extent, imprisoned by the damage that Jeffrey Epstein has caused them,” she said. 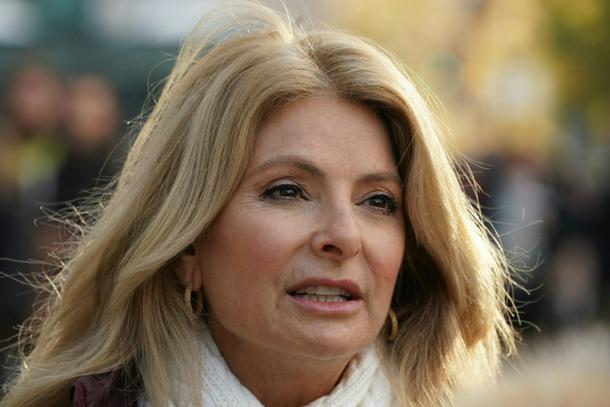 Attorney Lisa Bloom, who represents alleged sex trafficking victims of Jeffrey Epstein and Ghislaine Maxwell, speaks before the trial of Maxwell outside the Thurgood Marshall Courthouse in New York

Epstein was a multi-million-dollar money manager who befriended countless celebrities, including Britain’s Prince Andrew, and was accused of providing them with women, including minors under 18 years old.

The indictment against Maxwell says that between 1994 and 2004, she took part in the abuse of four unidentified women whom she wooed with shopping and movie theater trips.

She then allegedly coaxed them into giving Epstein nude massages at his residences in New Mexico, Manhattan and Palm Beach, Florida, as well as her London home, during which he would engage in sex acts before giving them money.

Two of the women say they were just 14 and 15 years old when they were sexually abused.

Maxwell was arrested in July 2020 after prosecutors vowed to pursue co-conspirators of Epstein following his prison suicide on August 19, 2019.

She faces up to 80 years in prison if convicted on all charges. 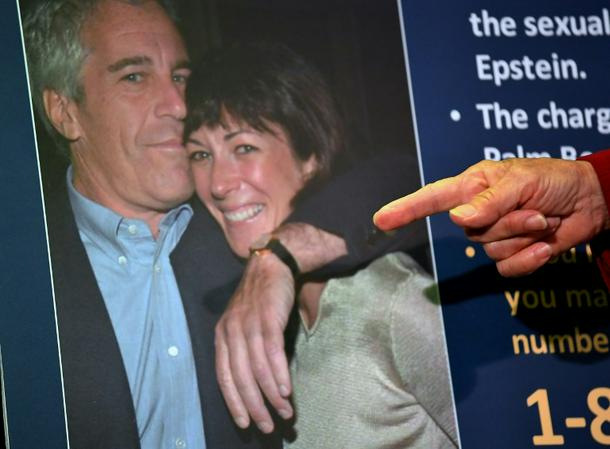 British socialite Ghislaine Maxwell (R) in a photograph with her late partner Jeffrey Epstein, who with her help abused teenage girls, according to US federal charges against her.

Attorneys from both sides whittled down a jury of 12 members and six alternates in the morning.

After a lunch break, the prosecution planned to make a 25-minute opening statement to lay out the federal case against the French-born heiress.

Maxwell’s attorneys said they would launch her defense with a statement of less than one hour.

With the continuing threat of Covid-19, and heightened fears of the new Omicron variant, plexiglass boxes with HEPA filters have been set up for witnesses and questioning attorneys.

Maxwell’s attorneys have indicated they will attack the accusers’ credibility by referencing alleged previous substance abuse and erroneous memories of what happened.

Days before the trial, fake claims spread across social media, echoed by some prominent political conservatives, that the judge in the case had banned media coverage, ostensibly to protect Epstein’s powerful friends and associates.

While the trial proceedings are not being televised, reporters in fact were in the courtroom as well as watching the trial by video in a separate courthouse media room.