Teen who killed four in US school 'absolutely cold-hearted': police 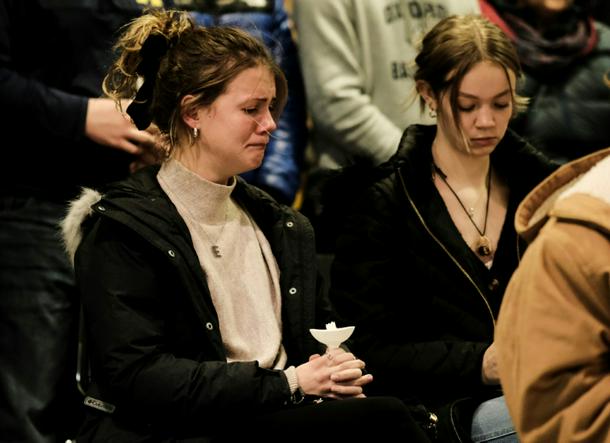 Washington (AFP) - The 15-year-old American boy who used a semi-automatic pistol bought during Black Friday sales to shoot his classmates at point-blank range was “absolutely cold-hearted” and went to school with “the intent to kill people,” the local sheriff said Wednesday.

Police said that on the night before the attack at Oxford High School in Michigan, second-year student Ethan Crumbley recorded a video on his cell phone saying he was planning to launch an attack at the school the next day.

The video was not posted online and there was no advance warning, according to Oakland County Sheriff Michael Bouchard.

“It’s clear that he came out with the intent to kill people. He was shooting people at close range, oftentimes towards the head or chest,” said Bouchard.

Four students, aged 14 to 17, were killed, and six other students and one teacher were wounded in the shooting. Two of the injured remained in serious condition in area hospitals Wednesday, while several others had been discharged.

At an arraignment in Pontiac, Michigan, Crumbley sat mute, masked and suited in a heavy protective vest, while attorneys and his parents joined in by video conference.

The teen was charged as an adult with state murder and terror charges, prosecutors said, because the crimes are “serious” and the attack was premeditated. 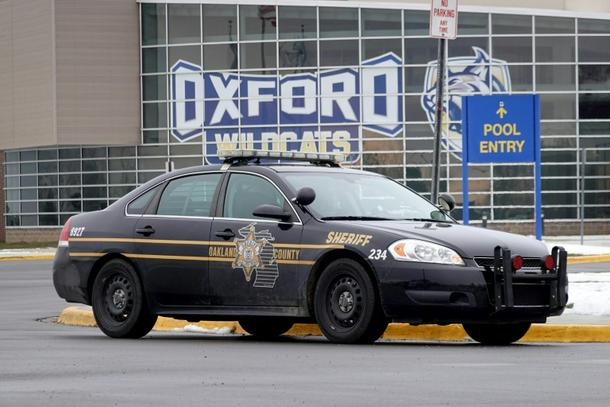 A police vehicle outside of Oxford High School in Oxford, Michigan, where four students were shot dead by a 15-year-old fellow student.

Crumbley had no previous record with the school or police that suggested any problems.

But Bouchard said he had been called into the school administration office for an unspecified issue on Monday.

And on Tuesday prior to the attack, he was again called in by school administrators, this time with his parents.

After that, he went back to class and, shortly later, exited a bathroom with his gun, opening fire and shooting off at least 30 rounds, reloading with a fresh ammunition magazine as fellow students fled.

Police said they had no warning that he planned to launch the attack, and that his motive was unclear.

“We received no information about this individual prior to the shooting,” said Bouchard.

But at the arraignment, police officer Tim Willis said they had discovered on the teen’s phone a video made on Monday in which he said he planned to shoot fellow students the next day.

Crumbley echoed similar sentiments in a journal found in his backpack.

“This was not just an impulsive act,” said Oakland County prosecutor Karen McDonald.

“I am absolutely sure after reviewing the evidence that it isn’t even a close call. It was absolutely premeditated,” she said.

“Charging this person as an adult is necessary to achieve justice and protect the public.” 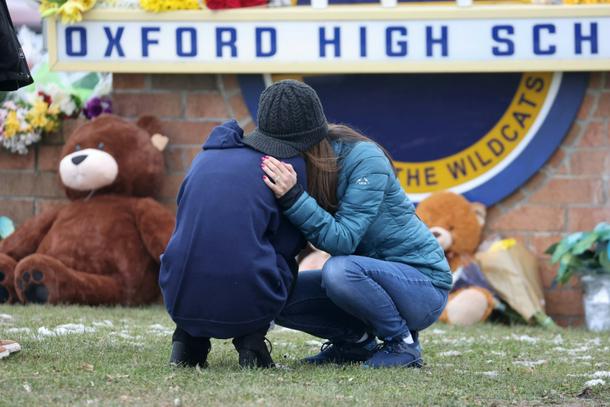 People embrace as they visit a makeshift memorial outside of Oxford High School in Oxford, Michigan, where a 15-year-old killed four fellow students and wounded seven other people in a shooting Tuesday.

The teen posted a picture of the gun on his Instagram page, writing: “Just got my new beauty today.”

The suspect apparently took the gun to school in his backpack, police said. Unlike some other schools, Oxford High School does not have metal detectors at the entrances to prevent weapons from being brought in.

He brought three 15-round magazines with him, and had 18 rounds left when police advanced on him in the school and forced him to surrender.

“He came out of the bathroom, began shooting, moved through hallways, and back through hallways and was apprehended in the hallway. Never went into a room,” said Bouchard.

Students and teachers meanwhile barricaded themselves in classrooms, as they had been taught to do in drills, and some escaped the school through windows.