UN says aid needs will surge in 2022 amid pandemic, conflict 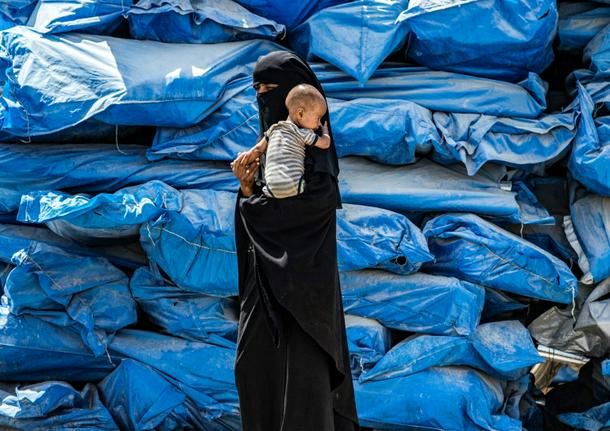 Geneva (AFP) - The UN warned Thursday that the need for humanitarian aid was skyrocketing worldwide, as the pandemic continues to rage, and climate change and conflicts push more people to the brink of famine.

The United Nations’ humanitarian agency OCHA estimated that 274 million people worldwide would need some form of emergency assistance next year, up 17 percent on an already record-breaking 2021.

That means one in 29 people will need help in 2022, marking a 250-percent-increase since 2015 when one in 95 needed assistance, OCHA found in its Global Humanitarian Overview report.

The number of people in need “has never been as high as this”, UN aid chief Martin Griffiths told reporters.

Providing aid to so many “is not sustainable, but it has to be sustained,” he said.

The annual appeal by UN agencies and other humanitarian organisations said that providing aid to the 183 million most vulnerable people across 63 countries next year would require $41 billion – up from the $35 billion requested for 2021 and double what was requested just four years ago. 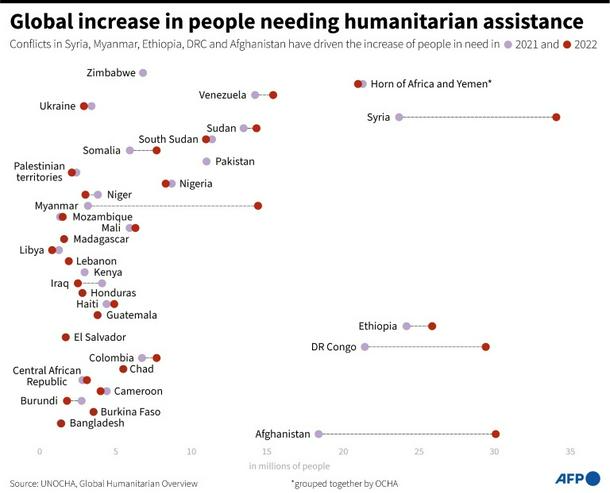 The report presented a depressing picture of soaring needs brought on by conflicts and worsening instability in places like Afghanistan, Ethiopia and Myanmar.

Natural disasters and climate change also drove up displacement and humanitarian needs, as did the continuing Covid-19 pandemic, it found.

It pointed out that the impacts of the Covid-19 pandemic – which has officially killed more than five million people globally and likely many times that – along with measures aimed at reining in the virus, had pushed some 20 million more people into extreme poverty. 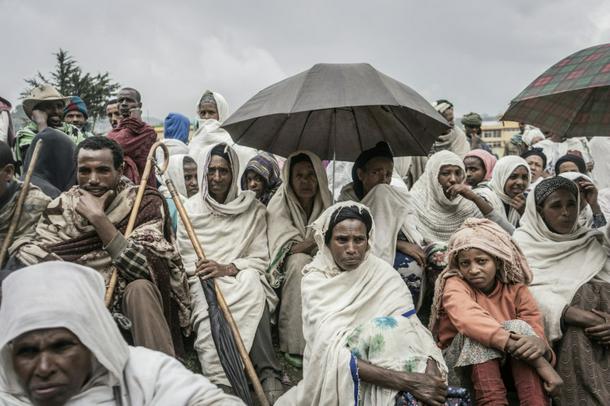 People who fled the war from May Tsemre, Addi Arkay and Zarima gather around in a temporarily built internally displaced people camp to receive their first bags of wheat from the World Food Programme (WFP) in Debark, Ethiopia

At the same time, climate-related disasters are becoming more frequent, the report said, warning that by 2050 as many as 216 million people could be forced to move within their own countries due to the effects of global warming.

Climate change is contributing to rising hunger and food insecurity, with famine-like conditions remaining a “real and terrifying possibility for 45 million people in 43 countries around the world”, it warned.

“Without sustained and immediate action, 2022 could be catastrophic,” it cautioned, pointing out that as many as 811 million people worldwide are already undernourished.

Conflicts are also taking a devastating toll across a range of countries.

Need had especially surged in Afghanistan, in the grip of multiple crises that have been exacerbated since the Taliban swept back into power in August and international aid dried up.

Thursday’s appeal warned that more than 24 million people – 65 percent of the Afghan population – needed aid, including around nine million people expected to be on the brink of famine.

It requested $4.5 billion to help the 22 million most vulnerable people in Afghanistan in 2022 – tripling its ask from a year ago.

Billions of dollars were also requested to help the many millions of people impacted by the drawn-out conflicts in Syria and Yemen.

And the appeal highlighted swelling needs in Ethiopia, where thousands have died and millions have been displaced since Prime Minister Abiy Ahmed sent troops into the northern Tigray region more than a year ago. 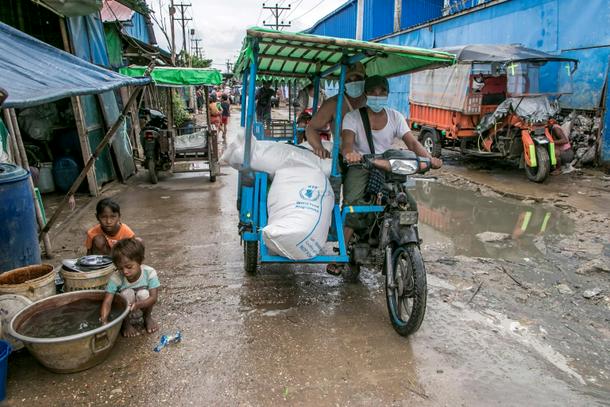 Men transport bags of rice distributed by the World Food Programme as part of food aid efforts to support residents living in poor communities on the outskirts of Yangon, Myanmar

It estimated that 26 million people there need humanitarian aid, including 400,000 people on the brink of famine.

Griffiths said the situation in Ethiopia was perhaps the world’s “most alarming”.

But he stressed there were many other dire situations, with violence and unrest continuing to force millions to flee their home.

According to UN numbers, more than one percent of the global population is currently displaced.

Despite the devastating picture painted in the report, Griffiths stressed that humanitarian aid often manages to contain the worst consequences of crises.

Last year, the humanitarian organisation provided aid to around 107 million people – 70 percent of those they had wanted to reach – including helping bring half a million people in South Sudan back from the brink of famine.