US warns Russia of 'high-impact' sanctions if it invades Ukraine 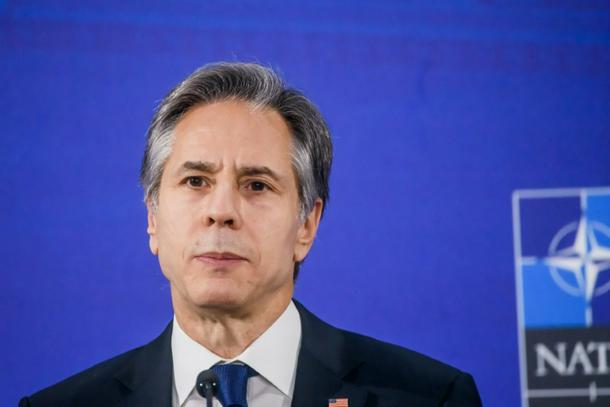 Riga (AFP) - US Secretary of State Antony Blinken said Wednesday that Washington had seen “evidence” Russia could be planning an invasion on Ukraine, threatening Moscow with painful economic sanctions if it attacks.

Russian President Vladimir Putin, for his part, said he wanted “concrete agreements” from NATO that it would not expand eastwards.

Blinken accused Moscow of massing “tens of thousands of additional combat forces” near Ukraine’s border as he geared up for talks with his Russian counterpart Sergei Lavrov in Stockholm over the crisis.

“We’re deeply concerned by evidence that Russia has made plans for significant aggressive moves against Ukraine, plans include efforts to destabilise Ukraine from within as well as large scale military operations,” Blinken said after a meeting of NATO foreign ministers in Latvia’s capital Riga.

“Now, we don’t know whether President Putin has made the decision to invade. We do know that he’s putting in place the capacity to do so on short order, should he so decide,” he said.

Blinken insisted “diplomacy is the only responsible way to resolve this potential crisis” but warned there would be “far-reaching and long-lasting consequences” for Moscow if it pushed ahead with any aggression.

“We made it clear to the Kremlin that we will respond resolutely, including with a range of high-impact economic measures that we’ve refrained from using in the past,” Blinken said.

Kiev’s Western allies have been sounding the alarm since last month over a fresh Russian troop buildup around Ukraine’s borders and a possible winter invasion.

Russia, which seized Crimea from Ukraine in 2014 and backs separatists fighting Kiev, has strongly denied it is plotting an attack and blames NATO for fuelling tensions.

Moscow on Wednesday hit back by accusing Ukraine of massing tens of thousands of troops in the country’s east, as worries grow over an escalation. 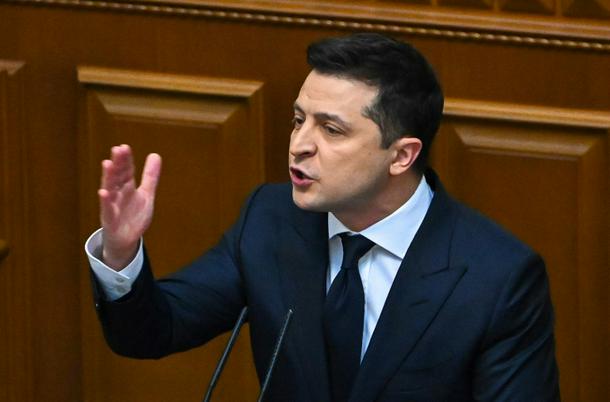 “In our dialogue with the US and its allies, we will insist on developing specific agreements that would exclude any further NATO moves east and the deployment of weapons systems that threaten us close to Russian territory,” Putin said.

“We propose to start substantive negotiations on this,” Putin added, as he received credentials from newly appointed ambassadors at a Kremlin ceremony.

For his part, Ukrainian President Volodymyr Zelensky called for direct talks with Moscow over the festering conflict with Russian-backed separatists in the east of his country.

“We must tell the truth that we will not be able to end the war without direct talks with Russia,” Zelensky said during an annual address to lawmakers in Kiev.

More than 13,000 people have been killed in a war that began in 2014 between Ukraine and pro-Russian separatists, who have carved out two “People’s Republics” in eastern Ukraine.

In Moscow, Putin’s spokesman Dmitry Peskov appeared to pour cold water on the idea of talks, reiterating that the war was a domestic problem in Ukraine.

“We know of attempts to present Russia as a party to this conflict. This is not the case,” Peskov told reporters.

“The war in Donbass can only be stopped through negotiations between Ukrainians and Ukrainians.”

Victoria Nuland, the US Under Secretary of State for Political Affairs, on Wednesday urged a “complete ceasefire” on the Donbass conflict over Christmas.

Putin has also warned the West and Kiev against crossing the Kremlin’s “red lines” over staging military exercises and building up weaponry in Ukraine.

Blinken insisted in Riga that NATO allies were “making sure that Ukraine has the means to defend itself”. 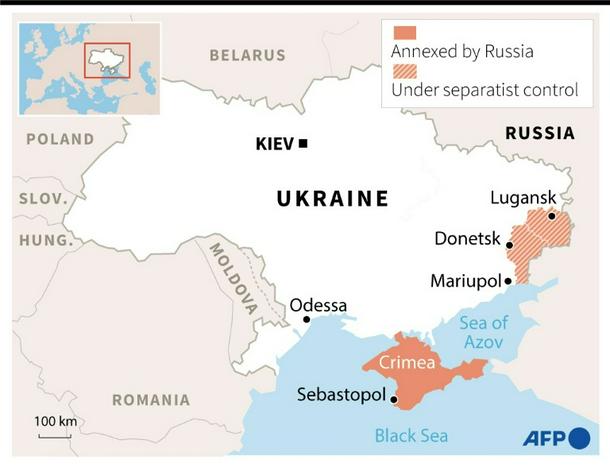 And he said that the alliance would “look at what it needs to do in the event of further Russian aggression, to shore up its own defences” as NATO eyes bolstering forces along its eastern flank.

Blinken said Russia was using the same “playbook” it employed when it took control of Crimea, including by intensifying “disinformation” to portray Kiev as the “aggressor”.

The foreign minister of Ukraine – which has seen its bid for membership in NATO stall – urged the US-led alliance for a “deterrence package” to stop Russia as he attended the meeting in Riga.

EU foreign policy chief Josep Borrell also pledged the bloc “will be standing firmly and decisively with Ukraine in front of any attempt to undermine its territorial integrity and sovereignty.”

“Everything has to be done in order to make clear that any aggression against Ukraine will have a strong response.”